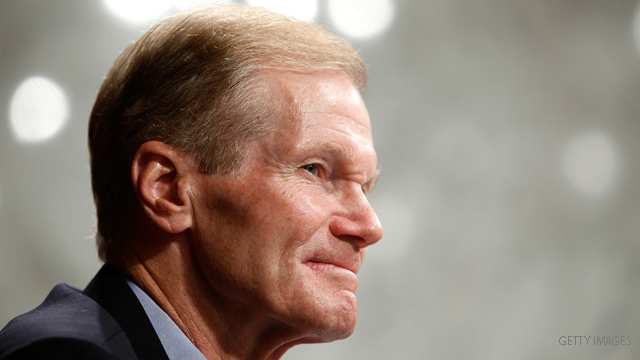 At the time that the race was called, the incumbent garnered 57% of the vote, compared to Mack's 41% – with 49% reporting.

Though both Democrats and Republicans privately admitted heading into Election Day that Nelson's re-election was expected, the race was seen as a possible pick up state for Republicans early in the race, especially because of the laser-like focus the Mitt Romney campaign had on the Sunshine State.

Weeks out from the election, Republican operatives admitted that Mack was a disappointing candidate who ran an underwhelming campaign.

"I am thankful to the Lord, and, I am humbled by the support of the people of Florida," Nelson said in his victory speech, according to a statement released by his campaign.

He added that Mack was not his “enemy.”

"You know, these days the extremists in our political system try to divide. We need to unify," Nelson said. "I promise tonight to continue to try and break that partisan gridlock."

Mack is not the only member of his family up for re-election in 2012. His wife, Mary Bono Mack, is running in the newly drawn 36th district of California. The district has a rising Hispanic constituency and her challenger Raul Ruiz accused her of neglecting home state voters while helping her husband's Florida Senate run.