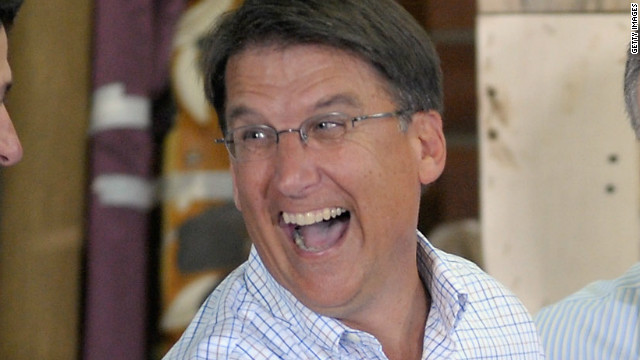 Republicans pick up a governor's seat in North Carolina

Democratic incumbent Beverly Perdue made history in 2008 when she became the first woman to win the North Carolina governorship, undoubtedly helped by Barack Obama's even more historic win there at the top of the ticket.

Since her election, Perdue's approval ratings rarely crept above 40 percent as she faced both a struggling state economy and a Republican-controlled state legislature. Her decision earlier this year not to seek re-election gave Democrats their best hope of retaining this seat, but they still faced an uphill battle.

McCrory, the former mayor of Charlotte, narrowly lost to Perdue four years ago.

President Obama made a strong play for North Carolina, in hopes of getting Dalton-friendly Democratic voters to the polls, but Dalton was still saddled with Perdue's baggage.

McCrory appeared to be in the driver's seat as the race entered the home stretch. Two polls from late August and late September both had McCrory at 52 percent, with Dalton hovering in the high 30s. The race gave Republicans their best chance at picking up a Democratic governorship across the United States.

With his projected victory, McCrory becomes only the third Republican governor in more than 100 years and only the sixth in the state's history.