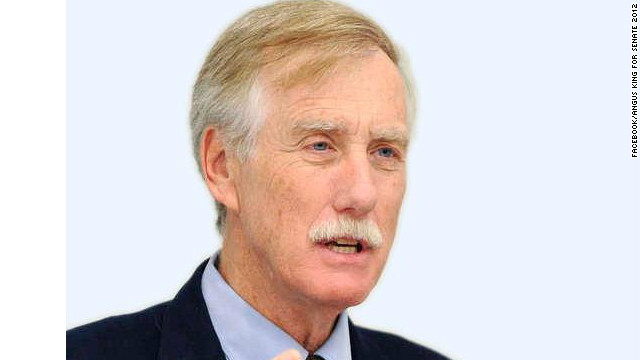 King, an independent, steadfastly has refused to say if he will organize with Democrats or Republicans when he gets to Washington, meaning if the Senate is narrowly divided after Tuesday's election, he could determine which party gets majority control.

King will replace Sen. Olympia Snowe, herself an independent-minded Republican who stunned her colleagues this year when she announced she would retire from the Senate, which she complained has become increasingly partisan. Her decision immediately put in doubt the ability of Republicans to take control of the chamber, something they previously thought was likely.

Democrats are convinced King will side with them. As evidence they point to King's support for President Obama and many of his policies. In a sign of that confidence, national Democrats ignored the Democratic candidate Dill and spent heavily against Summers in order to help King.

Republicans also believe that King will caucus with Democrats so they spent millions to defeat him.

But an aide told CNN last week that King still has not made up his mind and won't until he gets to Washington, D.C. to see the state of play.

King's decision could be paramount because a party will need to have 51 votes for outright control of the chamber. If the Senate ends up at a 50-49 advantage for either party, King could tip the balance to 51 or could make it a 50-50 split allowing either the Republican or Democratic Vice President to break tie votes.