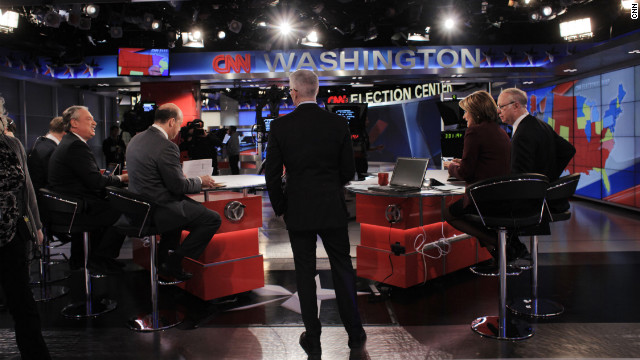 (CNN) - There are some odd and interesting trends in the national exit polling Tuesday.

Sixty-nine percent of voters decided on a candidate before September. President Obama leads among this group by eight points, 53% to 45%.

Mitt Romney was unable to make up the gap because the president did progressively better among late-deciding voters.

Nine percent of the voters decided on a candidate in September - before the presidential debates, the final unemployment reports or Hurricane Sandy. Mitt Romney won among this group by eight points, 53% to 45%.

Eleven percent of voters decided whom to support in October. President Obama took this group by two points, 50% to 48%.

Six percent of voters made up their minds in the last few days, breaking 50%-44% for Obama - a six point margin.

Finally, three percent of the voters waited until Election Day before making up their minds. President Obama won this group by nine points, 52% to 43%.

In another oddity, the compiled national exit polling shows President Obama's supporters were the "true believers" in this election.

Sixty-four percent of today's voters say they "strongly favor" their candidate. Of this group, 54% voted for Obama and 45% voted for Romney.

Another 24% of today's voters say they have reservations about the candidate they supported today.