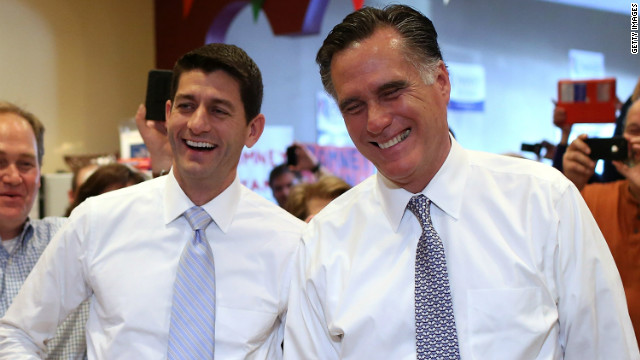 Boston (CNN) – Mitt Romney's running mate will return to Washington in January even though the Republican presidential nominee and Paul Ryan lost their bid for the White House.

The 14-year lawmaker won an eighth term representing Wisconsin's 1st Congressional District, which is located in the southeastern part the state near Lake Michigan and includes parts of Milwaukee County.

When CNN projected him the winner Tuesday night, Ryan had a comfortable lead over Democrat Rob Zerban, who tried to cast his opponent as largely absent from his district while he campaigned for vice president.

For nearly 13 weeks Ryan campaigned aggressively around the country after joining the Republican ticket on August 11.

Wisconsin law allows Ryan to serve as his party's vice presidential nominee and also run at the same time for an eighth term in the House.

Ryan, who serves as chairman of the House Budget Committee, ran a number of television ads for his House re-election bid.