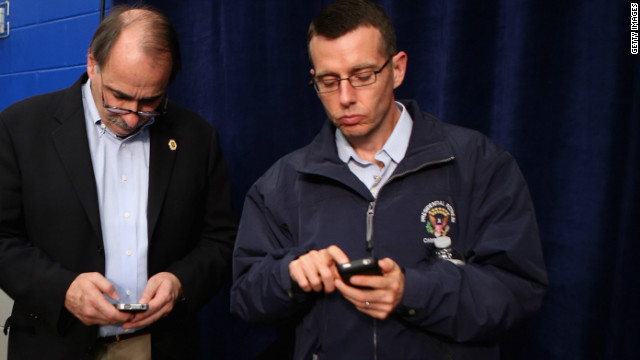 "There's no doubt that we had a game plan from the beginning, and we executed it well, and that was reflected on Tuesday," said David Axelrod, who served as a senior adviser to Obama's campaign. "We have a bunch of very smart people, most of them young enough to be my kids, who once again re-invented the campaign, as in 2008, using the best tools."

Those tools included unprecedented access to information about voters, and an aggressive push to make contact with them through phone calls and door knocks. At the end of the campaign, Obama's team said they had reached 125 million potential voters using their system of personalized contacts.

Also at work, Axelrod said, was a shift in the electorate that benefitted the Democratic incumbent.

"This president reflects this country in 2012, and he put together a broad coalition that reflects the country, and that was important and enabled us to win," he said, pointing to large margins of victory for Obama among African Americans, Latinos, women and young people.

Wins among those groups should prompt some "soul searching" among Republicans, Axelrod said, adding that for the last several years the GOP had operated "way outside the mainstream" of present-day American values.

(Also speaking on the call, Obama's campaign manager Jim Messina said that members of Romney's campaign team, including his counterpart Matt Rhoades, were "hard working Americans who wanted to make this country better.")

So what happens to the now-legendary Obama campaign machine that's been operational for nearly six years? The Obama team said they would have to wait and see what their supporters want before taking any steps.