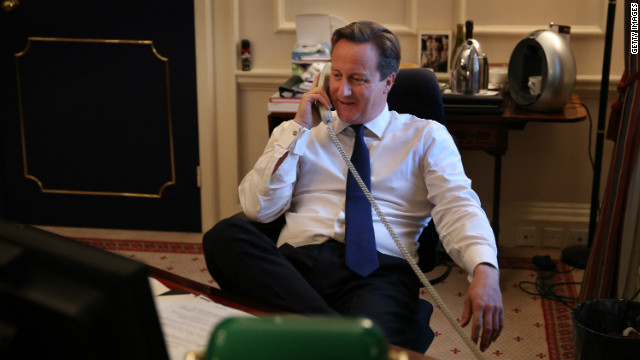 Obama and Cameron appear to maintain a friendly relationship. As part of Cameron's official visit to the U.S. earlier this year, the two kicked off the start of the NCAA March Madness basketball tournament, attending a game in Ohio together, as well as co-authored an op-ed piece in the Washington Post titled "An alliance the world can count on."

Other leaders Obama spoke with Thursday, according to the White House: