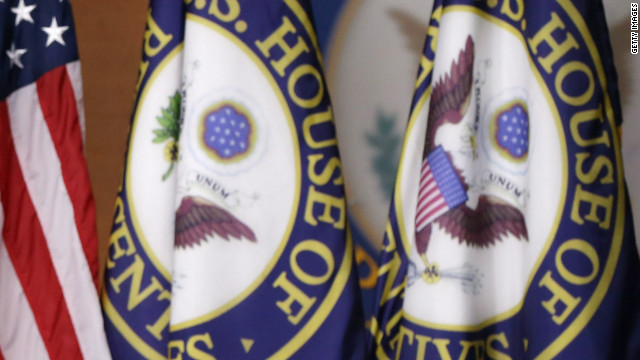 (CNN) – Seven days after voters cast ballots, a slate of races for the U.S. House of Representatives remain unresolved with vote tallies that are too close to call.

The balance of power in the House now stands at 234 Republicans and 195 Democrats, with 6 races undecided. One other race, in Louisiana, is headed to a run-off between two Republican incumbents, meaning the outcome won't affect the chamber's power balance.

Before the election, Republicans held 242 seats and Democrats had 193, meaning at the very least, Democrats will gain at least 2 seats. If they win all 6 of the unresolved races, they'll walk away from the 2012 election with a net gain of 8 seats.

In Florida, the bitter and expensive race for the Sunshine State's 18th Congressional District remained unsettled Monday, despite a declaration of victory from Rep. Allen West's Democratic challenger.

Preliminary numbers showed Democrat Patrick Murphy, who is vice president of an environmental cleanup firm, with an edge of about 2,400 votes among 331,000 ballots cast.

Results of the race will be officially certified on November 20. Although Murphy has declared victory, West has not conceded and has pursued legal action.

In Arizona's second Congressional district, the race for the seat once held by Rep. Gabrielle Giffords also remains undecided. Incumbent Democrat Ron Barber holds a 330-vote lead over Republican Martha McSally as provisional and absentee ballots continue to be counted.

Neither candidate has conceded the race or declared victory. In 2010, the race between Giffords and rival Jesse Kelly was similarly tight, with Giffords eventually pulling out a narrow, 1-percentage point victory.

Barber won a special election to fill Giffords' seat after she resigned from Congress to focus on her recovery following a January 2011 assassination attempt in Tucson. Giffords stepped down from her position in Congress in January 2012. Barber, a former aide to Giffords, was also wounded in the shooting, which took place at a constituent meet-and-greet event held in a supermarket parking lot.

Arizona has another unresolved House race in its ninth Congressional District, a new district in the Phoenix area, where Democrat Kyrsten Sinema is battling Republican Vernon Parker. Sinema currently holds a 5,789 vote lead over Parker, but absentee and provisional ballots were still being tallied from Maricopa County.

Races in California's seventh and fifty-second Congressional Districts also remained too close to call. In California-7, located near Sacramento, the Democratic candidate Ami Bera leads Republican incumbent Rep. Dan Lungren by 1,779 votes. Neither candidate has declared victory as ballots continue to be counted.

North Carolina's seventh district has a close race between Rep. Mike McIntyre, a Democrat, and Republican challenger David Rouzer. The current rally has McIntyre up by 420 votes.

And in Louisiana, the race for the third Congressional District is headed to a run-off between two Republicans, Rep. Charles Boustany and Rep. Jeff Landry. The run-off vote is scheduled for December 8.