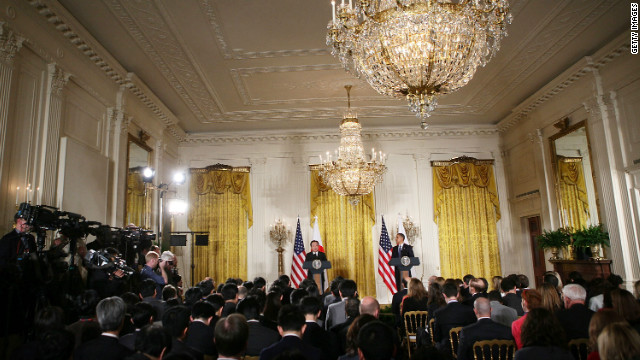 (CNN) - When President Barack Obama holds a news conference on Wednesday, it will be the 16th solo, formal White House press conference of his presidency.

It will be his first since winning re-election and since the resignation of his CIA director over an affair - both topics likely to come up on Wednesday.

Obama has taken reporters' questions in a variety of other forums, most recently in late August, when he made an unannounced stop at the regular White House briefing for reporters in the midst of the heated campaign and a week before the start of the Republican National Convention.

He confronted criticism of a video produced by the main super PAC supporting his candidacy which appeared to tie Republican presidential nominee Mitt Romney to a woman's death, as well as stood by his call for Romney to release his tax documents. He also addressed the controversial comments on "legitimate rape" made by Rep. Todd Akin, the Republican U.S. Senate candidate from Missouri.

Earlier this year, Obama took questions at the from reporters while attending the G20 and NATO conferences, as well as on occasions when visiting or hosting foreign leaders.

Days before his press conference at the G20 in Mexico, a writer with a conservative website shouted questions at Obama while he spoke to cameras in the White House Rose Garden.

In Obama's first press conference following his inauguration in 2009, he took a total of 13 questions over the course of nearly an hour. Television ratings from the Nielsen Company said his February 9, 2009 remarks were watched by 49.5 million viewers.