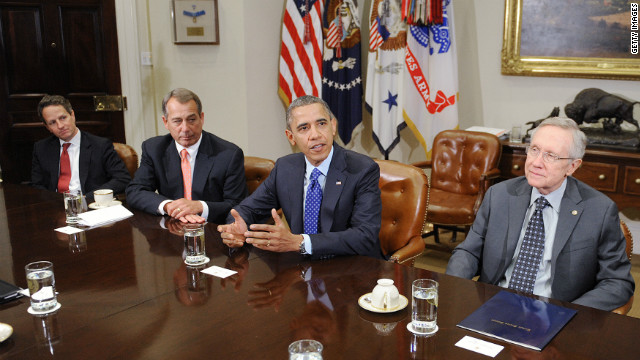 (CNN) - President Barack Obama and congressional leaders wrapped up their first "fiscal cliff" meeting since the election with a confident tone that had both sides suggesting an agreement could be reached before January 1, when hefty federal spending cuts and tax raises are scheduled to take effect.

"My hope is that this will be the beginning of a fruitful process," said Obama, just prior to the meeting meant to avert the so-called fiscal cliff, which some economists warn could push the country into recession.