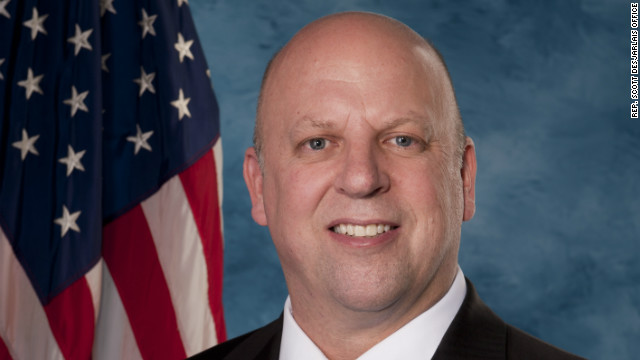 (CNN) – An anti-abortion Republican congressman from Tennessee, first elected in 2010 with support from tea party activists, testified at divorce proceedings in 2001 that he and his wife mutually agreed on her getting two abortions, according to court transcripts released to CNN Friday.

Rep. Scott DesJarlais, who won re-election last Tuesday by more than ten points, also admitted in the court documents to having sex with some of his patients and colleagues when he was a practicing physician, and to prescribing one of those patients painkiller medications.

DesJarlais is a staunch anti-abortion conservative, with a history of votes in the House of Representatives that would restrict a woman's right to choose an abortion. His campaign website says "All life should be cherished and protected. We are pro-life."

Requests for comment from DesJarlais' Congressional office were not immediately returned Friday.

The transcript of the court proceedings was released by the Tennessee Democratic Party, which had hoped to compile and release the documents before the November 6 election. Allegations did surface before the election that DesJarlais had pressured a girlfriend to have an abortion a decade ago. DesJarlais was separated from his wife at the time.

DesJarlais asserted in the testimony released this week that his wife's first abortion came because she was taking a drug that could have caused complications with her pregnancy. The other came when they were having problems in their relationship.

"She was on a experimental drug called Lupron and was not supposed to have gotten pregnant. There were potential risks. It was a therapeutic," DesJarlais said, according to the transcript of his testimony. "One was after she had gotten back from Desert Storm and things were not going well between us and it was a mutual decision."

He said in the testimony the abortions were not easy for either him or his wife, and that "there are probably regrets both ways."

In the testimony, DesJarlais also admits to having sexual affairs with some of his patients during the time he was practicing medicine, and prescribing one of them medication. He said he was "ashamed of things that have happened," but that he was "moving on."

During his campaign, allegations surfaced that DesLarlais encouraged one of those patients to have an abortion on a phone call, which was recorded and distributed. In a post on his campaign Facebook page from October 12, DesJarlais says there was "never any pregnancy and there was no abortion."

He also asserted in that post that the phone call was recorded without his consent.

In the testimony released Friday, however, DesJarlais said he had recorded the phone call himself in an attempt to prove the woman wasn't pregnant.

In a statement, the Tennessee Democrats' chairman Chip Forrester said DesJarlais' "lies have come to roost."
"Just like he abused his power as a doctor and violated the trust of his patients, he has betrayed those who have defended him by deceiving them about his affairs with patients," Forrester wrote. "The power brokers in the Republican Party can no longer hide behind DesJarlais' shameful and selfish lies."

DesJarlais, whose 2001 divorce was the subject of attacks during his 2010 campaign, wrote in a statement after he won Tuesday's election (but before the new court documents were released) that his "opponents and the liberal media have tried to ignore the problems facing our nation and instead concentrate solely on a 14 year old divorce."

"The election results clearly show that you want a leader in Washington who is focused on providing solutions that will ensure a brighter future for our country and for the people of the Fourth District of Tennessee," he wrote.

Information from the 2001 testimony was first reported by outlets including the Chattanooga Times Free Press.