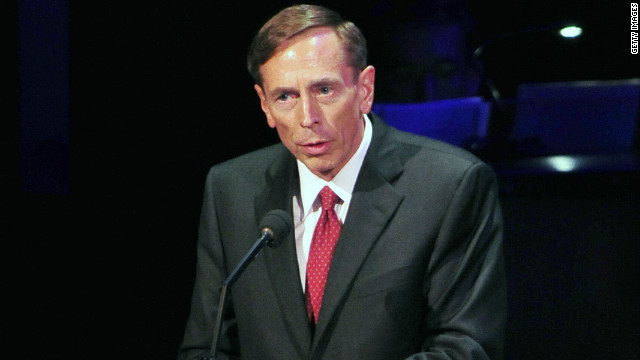 (CNN) - The resignation of David Petraeus as CIA director over an extramarital affair continues to reverberate around Washington, and a panel on CNN's "State of the Union" said Petraeus' legacy would be a lasting influence on American foreign policy. The panel also discussed the investigation into the attack on the U.S. Consulate in Benghazi, Libya, with CNN's chief political correspondent, Candy Crowley, and looked at what is likely to happen regarding the upcoming fiscal cliff.

Gerald Seib , Washington bureau chief for The Wall Street Journal, said that Petraeus had been a role model for junior military officers and created the modern counterinsurgency theory that the military considers "gospel." Seib added that the blow to the Pentagon would be "considerable."

CNN Pentagon correspondent Barbara Starr said Petraeus had far-reaching personal influence and possessed a large amount of knowledge on defense issues like Afghanistan and al Qaeda. Starr added that it was "extremely odd" that "one government official … is so powerful as to be such an intelligence loss."

Starr said that older military officials had often considered Petraeus to be "arrogant" and slightly self-centered.

Seib said questions will continue about whether the Petraeus resignation was connected to the continuing investigation into the September Benghazi consulate attack. Petraeus testified before Congress on Friday about the attack.

Calmes said that the resignation had in part brought the Benghazi attack back into the national spotlight, which she said had died down right after the presidential election.

Regarding the fiscal cliff, Seib said that, while congressional leaders have said they would find a solution before the cliff occurs, the "elephant in the room" was House Republicans' opposition to President Barack Obama's insistence on ending the Bush-era tax cuts for the wealthy. Seib said there was more consensus on spending cuts than on taxes.

Calmes said there was cause for optimism for a deal because both Republicans and Democrats saw a mutual interest in making a deal. Calmes pointed out that Republicans in particular do not have as much leverage as before, due to their Election Day losses.

Seib thought that the likely solution was a two-step solution, with both sides making a short-term deal that resolves the fiscal cliff and, in 2013, a longer-term deal which includes major issues like tax reform. But, added Seib, Obama's idea of a short-term deal would include an expiration of the tax cuts for the top 2% of earners.

Calmes said that a long-term deal could allow Congress to send a signal to the financial markets about its seriousness to solve the nation's fiscal problems.

Starr said that Department of Defense in particular is very concerned about the $500 billion in defense cuts that would result from the sequestration part of the fiscal cliff. Starr said that Defense Secretary Leon Panetta, who has been outspoken against the cuts, was probably hoping that members of Congress would stop the cuts based on the potential job losses from defense-related industries in their districts.

Seib and Calmes both predicted that a deal would be reached before the end of the year, but Seib joked to Crowley that it might "still ruin your Christmas."