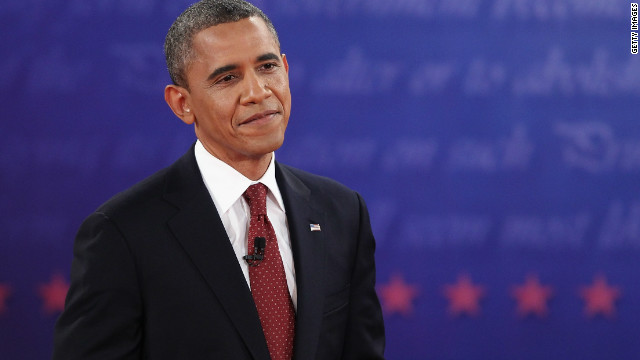 (CNN) - When Sophia Bailey-Klugh, a 10-year-old, invited President Barack Obama to dinner, she didn't get a response.

So when he replied to her second letter–this one thanking him for his position on same-sex marriage–the girl with two fathers was really surprised.

One of Sophia's fathers, Jonathan Bailey, posted the letter to Facebook on October 28, saying Sophia penned the piece "unprompted" and it made her two fathers "so unbelievably proud."

"Dear Barack Obama," she wrote. "It's Sophia Bailey Klugh your friend who invited you to dinner. You don't remember okay that's fine. But I just wanted to tell you that I am so glad you agree that two men can love each other because I have two dads and they love each other."

Sophia, who lives with her fathers in San Diego, California, went on to write about how other students at her school say her parents' marriage is "gross and weird."

"It really hurts my heart and feelings, so I come to you because you are my hero," she wrote, asking for advice on what he would do if he were in her shoes.

"I hope you win on being the president. You would totally make the world a better place," she ended the letter. "Please tell your daughters hi for me!"

Also on the page was a drawing of her two dads kissing, with the word "love" written overhead.

A week later, Jonathan posted a letter with the president's letterhead at the top. It was dated November 1 and addressed to Sophia.

"Thank you for writing me such a thoughtful letter about your family. Reading it made me proud to be your president and even more hopeful about the future of our nation," the letter stated.

"In America, no two families look the same. We celebrate this diversity," Obama continued. "And we recognize that whether you have two dads or one mom what matters above all is the love we show one another. You are very fortunate to have two parents who care deeply for you. They are lucky to have such an exceptional daughter in you."

Shortly after North Carolina voters approved a constitutional amendment banning same-sex marriage in May, Obama announced in a televised interview that he had "evolved" in his position on the issue and believed two people of the same gender should legally be allowed to wed.

Americans have largely been divided on the issue of same-gender marriage. According to CNN Exit Polls from Election Day, 49% of Americans said they agreed that same-sex marriage should be legal in their respective state, while 46% disagreed.

Obama overwhelmingly won the support of those who identified themselves of gay, lesbian or bisexual–76% to Mitt Romney at 22%. While Romney personally opposes same-sex marriage and civil unions, he did say he supported domestic partnership rights and favored the right for a gay couple to adopt children.

In his letter, Obama suggested that Sophia remind her friends at school about the Golden Rule: "A good rule is to treat others the way you hope they will treat you."

"Thanks again for taking the time to write me," he continued. "I'm sorry I couldn't make it to dinner, but I'll be sure to tell Sasha and Malia you say hello."

When Jonathan Bailey posted the letter from the president, he also offered his own personal thanks.

"Thank you Barack Obama – you have made one 10-year old feel mighty special (and her two dads too)," he wrote in the caption of the photo.