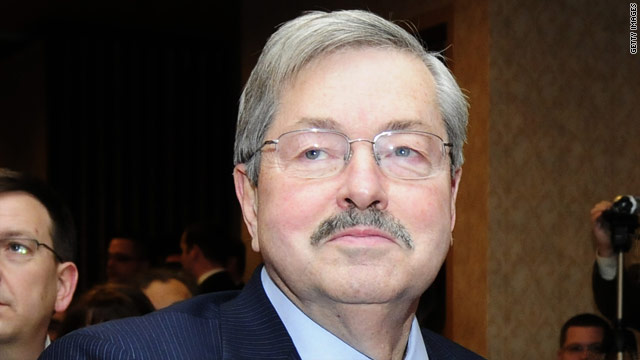 (CNN) – Iowa Gov. Terry Branstad suggested it may be time to lay the idiosyncratic Iowa Republican tradition of the Ames Straw Poll to rest.

Branstad said in an interview earlier Tuesday with the Wall Street Journal that the poll has "outlived its usefulness.”

“It has been a great fundraiser for the party but I think its days are over.”

Spokesman Tim Albrecht doubled-down on the governor’s sentiment telling CNN Branstad believes the Iowa straw poll is a “disservice to Iowa Republicans in that it discourages top-tier candidates from attending, and therein threatens their participation in the caucuses.”

Iowa Republicans hold the straw poll in Ames in late August when there is not an incumbent Republican in the White House. While the results of the poll do not actually translate into electoral votes, the results can be seen as an early test of a campaign’s organization and fundraising skills before the state hold the actual first-in-the-nation caucus early the following year.

Albrecht pointed to Sen. John McCain, the Republican nominee in 2008, and Rudy Giuliani, also a Republican candidate, as examples where the straw poll threatened their performance in the caucuses.

The former Republican presidential candidate and Minnesota congresswoman Michele Bachmann poured vast resources into the event and won. Her standing in the informal poll, however, did not translate into the real contest of the Iowa caucus, receiving only 5% of the vote and coming in sixth.

Former Republican nominee Mitt Romney came in fourth, behind businessman Herman Cain in third and Texas Rep. Ron Paul in second in last year's straw poll. Romney opted out of the 2012 straw poll after 2008 when he poured many resources into the event only to suspend his presidential campaign shortly after the Iowa caucuses in February of the next year.

“The governor instead wants to have events that strengthen the caucuses, NOT weaken them,” Albrecht continued, adding "Democrats don't have a straw poll, and they have had all their candidates participate in the last two contested caucuses. Republicans can't say the same."

Iowa, considered by many to be a politically imperative state, draws potential presidential contenders in early to prove their chops and mingle with Iowa political elites to fast-track a career into the national spotlight.

President Barack Obama was thrust into the White House trajectory in 2008 after his victory over Democratic challengers in the primaries. And Republican Sen. Marco Rubio, speculated to have 2016 aspirations, attended Branstad’s annual birthday fundraiser over the weekend, possibly underscoring the state’s continued importance in the early political process.

Though Branstad’s opinion on the poll is clear other Republicans in Iowa disagree.

“Gov. Branstad is wrong, and this is not a decision he will make anyway,” said A.J. Spiker, chairman of the state Republican Party, to the WSJ. “It is a decision the party and the candidates will make.”

CNN’s Dana Davidsen and Jim Acosta contributed to this report.