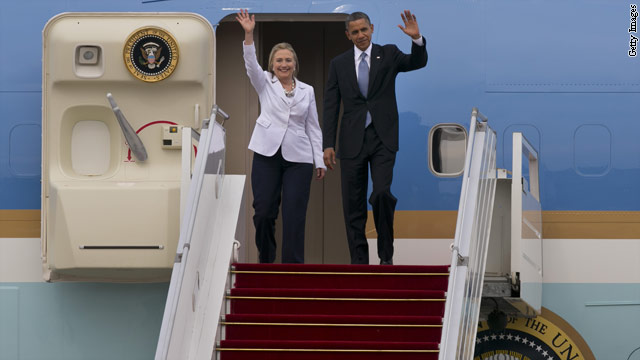 (CNN) - Before breaking off her trip to Asia to fly to the Middle East to address the crisis in Gaza, Secretary of State Hillary Clinton was in the midst of what in many ways was the start of her world farewell as America's top diplomat.

During a historic stop this week in Myanmar at the home of Aung San Suu Kyi, the celebrated Nobel laureate and advocate for Burmese democracy, Barack Obama made a point to praise Clinton on what would likely be their final foreign trip together as U.S. president and secretary of state.