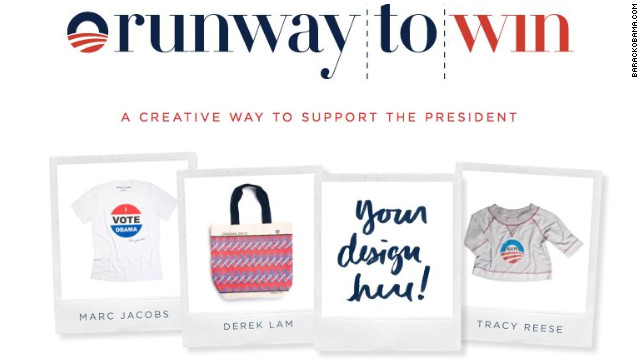 (CNN) - While President Barack Obama's re-election campaign took heat for launching a high-fashion clothing line as a fundraising tool earlier this year, it turns out the move may not have been such a far-fetched idea.

The Obama team's campaign manager, Jim Messina, recently said the line ultimately brought in "just north of $40 million"–a notable chunk of the more than $644 million raised by the campaign.

With high-dollar pieces created by some of the industry's top designers, the idea was started by Anna Wintour, editor of Vogue Magazine and a big Obama backer. The line even held runway fashion shows, including an event in February, where more than 500 paying guests showed up to shop for the Obama gear, paying anywhere from $44 for a discounted ticket to $2,500 for a chance to have dinner with the event's organizers.

Republicans had a field day with the fashion show, held at an upscale chain store in New York City and co-hosted by Wintour and actress Scarlett Johansson. Critics blasted the move as an insensitive nod to luxury during tough economic times.

Messina made his comments in an interview with Joshua Green at Bloomberg Businessweek. In his article, Green said the fashion items were "about the only thing (Messina) didn't want to talk about on the record."

"But he made clear that the point of the enterprise was to raise money for the campaign–and why stop at $15 T-shirts, which all campaigns sell, when you could bring in a lot more revenue selling high-priced designer swag? That was the logic," Green wrote.

Vera Wang created a tote bag with a heart-shaped design that placed an American flag under the name Obama. Wang told CNN at the time she took part because she is "trying to be supportive of the economy that is in the middle of turning around."

The items were also sold online by the Obama campaign in a rather sleek section of its website, with one page still displaying a Thakoon Panichgul scarf for $95.

A note, however, sits at the bottom of the site, reading: "These items are now sold out."