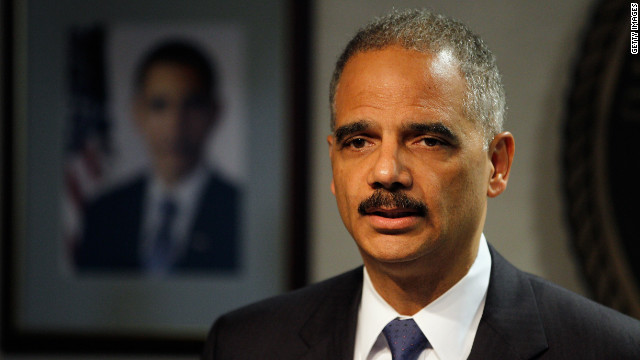 The lawyers told U.S. District Court Judge Amy Berman Jackson they had just begun the talks, and did not know whether they would make any progress.

At a brief, sparsely attended hearing in Washington the judge said she would make no comments and issue no rulings on the merits of the arguments brought by attorneys for committee Chairman Darrell Issa, and by Justice Department lawyers asking her to dismiss the committee's lawsuit.

After an event in Connecticut Tuesday morning, Holder told CNN "I think there is a deal that can be struck" regarding documents which the Obama administration has withheld under executive privilege. If no deal is reached, Holder said "we'll continue to litigate the case."

"We are prepared as we indicated many months ago to try to strike a deal to come up with a way which we could try to satisfy the legitimate oversight request that Congress has made understanding that there is the need for a privilege, the ability for us in the executive branch to speak candidly with one another," he said.

There was no immediate comment from the committee, which is chaired by Rep. Darrell Issa, R-California.

Jackson scheduled a hearing for January 10th to discuss the status of the talks and other procedural issues.

"Fast and Furious" was the name for a controversial gun sting that allowed "gunwalking," where hundreds of weapons reached violent Mexican drug cartels.

It was led by the Bureau of Alcohol, Tobacco, Firearms and Explosives in 2009 and came to the public's attention after guns linked to the program were found at the site where a U.S. Border Patrol agent was killed.

But weapons did ultimately ended up in the hands of Mexican drug cartels. The Justice Department several months later withdrew the letter, and admitted gunwalking had occurred.