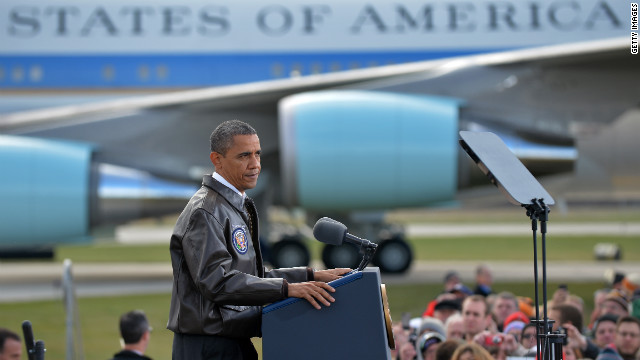 (CNN) - As negotiations continue over how to thwart the looming crisis known as the fiscal cliff, President Barack Obama will take his case on the road this week, urging Americans to support his push to let tax rates rise on the wealthiest Americans.

The president will tour a manufacturing facility and give remarks in the southeastern Pennsylvania town of Hatfield on Friday, the White House announced Tuesday. The campaign-style trip comes as another example of the president building pressure on Congress through public support, rather than the behind-closed-doors approach used in last summer's debt talks.

Friday's trip will follow a week of meetings with other constituencies. He'll meet with small-business owners from across the country on Tuesday and host an event at the White House on Wednesday with "middle-class Americans who would be impacted" if Congress fails to reach a deficit-reduction agreement by the year's end.

Also Wednesday, Obama is scheduled to meet with business leaders. He took part in similar meetings with labor groups and business heads two weeks ago, shortly before he held a meeting with congressional leaders in the White House.

The clock is ticking as Congress and the White House work to hash out a plan that would prevent an enormous amount or "fiscal cliff" of tax hikes and spending cuts from taking place next year.

Both sides are stalemated over how to raise revenue as part of a deficit-reduction package. House Republicans call for changes in the tax code - namely the closing of loopholes and limiting of deductions - while Senate Democrats and Obama argue for the expiration of the Bush-era tax cuts for households making more than $250,000.

While talks are ramping back up after the holiday break, a second meeting between the White House and congressional leaders has yet to be scheduled, though the president did reach out on Saturday to House Speaker John Boehner and Senate Majority Leader Harry Reid about their efforts to avert the draconian cuts and tax hikes.

However, White House Press Secretary Jay Carney suggested in the daily briefing on Monday that holding direct talks with lawmakers might not be the best strategy for the president's agenda. Carney pointed to Obama's meetings with labor and business groups as a way to put indirect pressure on Congress.

Carney said "the notion that you can solve all problems over a cocktail" with politicians is somewhat overrated. Instead, he added that "engaging with not just the denizens of Washington but with the broader American public is very important to (Obama)."

"I think that some of the lessons that we learned over the last four years have to do with always being mindful of the fact that engaging the public on these sometimes chewy policy debates is important because they care," Carney continued. "And they have a deep stake in the outcome of the debate, so we'll continue to do that."

Last week, Obama's former campaign manager, Jim Messina, said the president's re-election campaign and its grassroots resources will "live on," most likely as a tool to promote the president's second-term policies.

Obama for America, the name of the campaign, already released an e-mail to its distribution list, educating readers on the president's fiscal cliff argument and rallying supporters to get behind him.