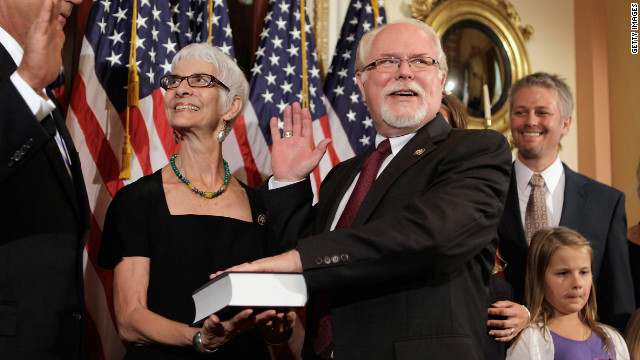 (CNN) – Democratic Rep. Ron Barber of Arizona was released from a hospital Tuesday after undergoing "minor surgery" to remove a cancerous tumor from his tongue, his office announced.

"He is expected to make a full recovery," Barber's doctor, Audrey Erman, said in a statement. The surgery successfully removed the tumor, which his office said Barber learned about on November 13.

Barber won re-election earlier this month in Arizona's 2nd Congressional District. He first came to office this year in a special election to replace Rep. Gabrielle Giffords, who resigned in January, just over a year after being shot in the head in a mass shooting.

Barber, an aide to Giffords at the time, was also wounded in the shooting.