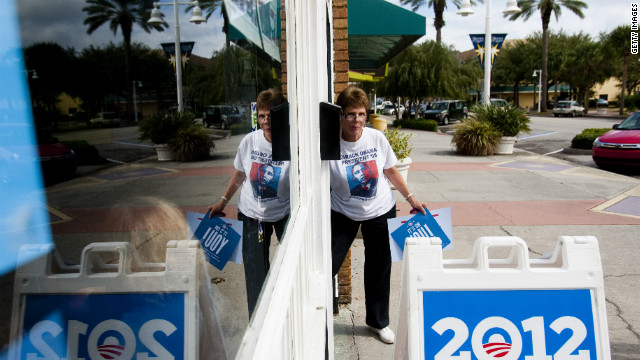 Obama campaign gets feedback from supporters

(CNN) - Obama for America, the president's re-election campaign, released results Wednesday from its survey of supporters, and nearly 80% of the 1 million respondents said they "want to keep volunteering, primarily around the President's legislative agenda."

The campaign has been seeking input in recent days over how to use its vast resources and contact lists now that the election is over.

The survey results, according to Obama for America, also showed that one in 10 respondents are interested in running for office at some point and almost half had forwarded campaign e-mails in support of Obama during the presidential race.

Jeremy Bird, national field director for OFA, said in the e-mail announcing results of the survey that a team of campaign staff is working on a project to "document and analyze the work we did over the past 19 months" and its goal is to "pass along what we've learned from the 2012 campaign." Bird also wrote that OFA is putting together a "final report" that will be made available to the public.

Last week Jim Messina, Obama's former campaign manager, said the organization would live on in some form but maintained the structure would not roll over to the next Democratic presidential nominee.

It's widely believed the group will serve as a major advocate tool for the president's second-term agenda - and has already been used to promote the president's policy positions. Last week, OFA sent an e-mail explaining the threat of the so-called fiscal cliff and laid out the president's stance in the ongoing negotiations.

- CNN's Paul Steinhauser and Kevin Bohn contributed to this report.