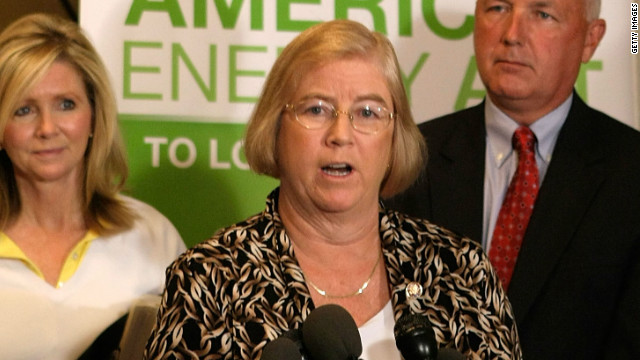 (CNN) - House Speaker John Boehner named Rep. Candice Miller of Michigan as the chairman of the House Administration Committee on Friday, three days after the Republican conference took heat for electing only males as committee heads.

"From ensuring the House runs efficiently and smoothly, to making Congress more open and accessible, Candice has a big job ahead as chairman of the House Administration Committee," Boehner said in the statement.

Miller had originally run to lead the Homeland Security Committee, but lost out to Rep. Michael McCaul of Texas. While other committee chairs are elected by the entire GOP conference, the House Administration Committee chair is appointed by the speaker.

In a statement, Miller said she is "both humbled and honored" by the appointment.

"This committee has the responsibility to ensure that the House runs in an effective and efficient manner which is vital as we work to meet the many challenges facing this great nation," she said.

Miller is currently not on the committee she will soon chair. Rep. Gregg Harper of Mississippi was next in line to take the position and was widely expected to get the chairmanship.

On Wednesday, Boehner set off an outcry among Democrats when he announced that 19 males were recommended to steer the committees. Critics cited the decision as another hurdle the GOP faces as it aims to become a more inclusive party.

On the Democratic side women and minority groups will outnumber males overall for the first time in history.

Republican women, however, aren't totally left out in terms of House leadership positions. Earlier this month, Rep. Cathy McMorris Rodgers of Washington became leader of the Republican Conference, the fourth ranking GOP spot in the House. Rep. Lynn Jenkins of Kansas will serve as vice-chairman and Rep. Virginia Foxx of North Carolina will serve as secretary of the conference.

The chair of the House Ethics Committee has yet to be announced.