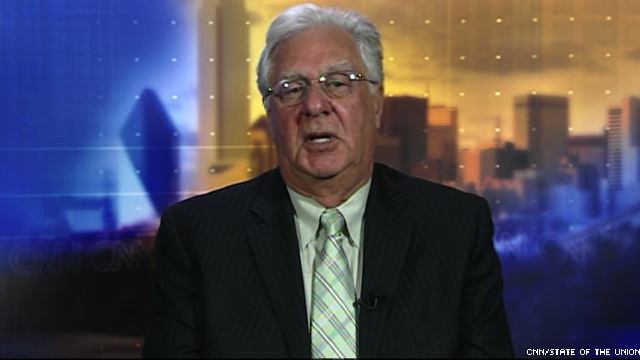 (CNN) - Dick Armey, the chairman of the conservative tea party-aligned group FreedomWorks, has resigned his post, representatives of the group said on Monday.

Adam Brandon, the group's executive vice president, confirmed to CNN "that he did step down on Friday, and we wish him well."

"Obviously the elections didn't go the way we wanted," Brandon said. "But we are focused on the learning the lessons on what we need to better heading into 2013."

Mother Jones, which first reported the resignation, reported Armey said in an interview that the group's leadership was "taking a direction I thought was unproductive."

"Obviously I was not happy with the election results," he said, according to Mother Jones. "We might've gotten better results if we had gone in a different direction. But it isn't that I got my nose out of line because we should've done better."

The group's president, Matt Kibbe, said Armey's contract was scheduled to expire at the end of this year but did not comment further on questions about the departure.

And while Armey was pretty clear on having differences about the management of the organization, officials say FreedomWorks has "never been stronger."

Kibbe pointed to what he described as the group's "amazing year institutionally" and said he was optimistic about the movement's future, despite the election results.

"We took our beating in the election, but you know what, you don't always win," he told CNN, though adding that many of the House Republican gains made in 2010 were protected in 2012–with the exception of Rep. Allen West in Florida and Rep. Joe Walsh in Illinois.

Armey is a former House majority leader who represented Texas in the U.S. House from 1985 to 2002. He co-authored in 2010 the book "Give Us Liberty: A Tea Party Manifesto" with FreedomWorks President Matt Kibbe.

He urged publicly for Indiana Gov. Mitch Daniels to enter the presidential race and his group was no fan of GOP presidential nominee Mitt Romney's candidacy.

In an e-mail published by Mother Jones, Armey requests the group remove his endorsement from their materials, give him passwords to social media accounts bearing his name, and "deliver the copy of my official congressional portrait to my home in Texas."