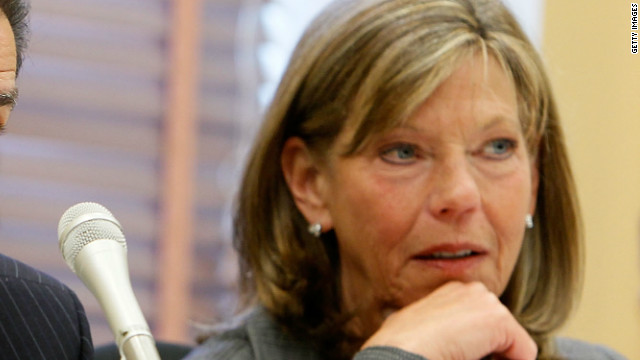 Emerson, who was re-elected to a tenth term in November with 72% of the vote, will become president and CEO of the National Rural Electric Cooperative Association.

"The people of Southern Missouri have entrusted their voice in Congress to me for 16 years. Serving them is a humbling experience, a great honor and a welcome challenge," she wrote in a statement announcing she was leaving Congress. "Our congressional district is big, it is diverse, and it demands practical representation by someone who places us and our home ahead of politics and partisanship."

"I am not leaving Congress because I have lost my heart for service - to the contrary - I see a new way to serve. I did not go seeking this opportunity, but I am excited about the new challenge it offers to find ways to promote strong rural policy," she continued.

Emerson represents Missouri's eighth district, in the southeast portion of the state. She was first elected to office in 1996 to succeed her husband Bill Emerson, who died in office. She was also a member of the Congressional Women's Softball Team.

A spokesman from the Democratic Congressional Campaign Committee said Emerson "saw the writing on the wall from this election."

"Congresswoman Emerson is the latest moderate Republican to ditch House Republicans, a sign that no moderates are welcome in the Tea Party House Republican Caucus," Jesse Ferguson, deputy executive director at the DCCC, said in a statement.

With Emerson's announcement, two House seats are now subject to special elections. Soon after the November 6 vote, former Rep. Jesse Jackson Jr. of Illinois announced he was stepping down from Congress, and the state's governor tentatively set a special election for April 9.

CNN's Kevin Liptak and Deirdre Walsh contributed to this report.