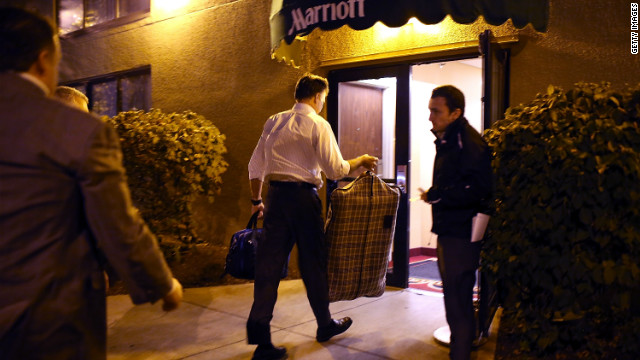 "It is an honor to once again be able to serve in the company of leaders like Bill Marriott and Arne Sorenson and to support the work of the tens of thousands of Marriott associates who make Marriott International the renowned success that it is," Romney wrote in a statement distributed by Marriott.
END_OF_DOCUMENT_TOKEN_TO_BE_REPLACED

(CNN) - House Republicans are making a counter-offer Monday to the White House on a fiscal cliff deal, but they continue to reject President Barack Obama's call for higher tax rates on the wealthy.

The new proposal to avoid the fiscal cliff would bring $2.2 trillion in savings over the next decade. These would include $800 billion from tax reform, $600 billion from Medicare reforms and other health savings, and $600 billion in other spending cuts, House GOP leadership aides said Monday.

Freshman's House office search foreshadows the legislator he might be

Washington (CNN) - Eagerness fills the room - nearly 70 freshman congressman sit and wait to begin the process of selecting their first House office. Most of the fresh faces exchange pleasantries and glad-hand one another in anticipation of the drawing.

But Republican Congressman-elect Tom Cotton of Arkansas sits quietly, hunched over in his chair, looking at a mix of maps and papers he has assembled - all aimed to optimize the search process. Each available office is listed on a spreadsheet in front of him which is just waiting to be scrawled on.

Video: Kerry, McCain tease each other about promotions

(CNN) - Sens. John Kerry and John McCain ribbed one another Monday about jobs they could have or could have had.

The two former presidential candidates broke from their typical Senate titles at a press conference in Washington.
END_OF_DOCUMENT_TOKEN_TO_BE_REPLACED

(CNN) - Despite her repeated statements that she will leave public service once her successor is in place, buzz about a possible second run for the presidency by Secretary of State Hillary Clinton is in full force following the showing of a tribute video of her career.

Before delivering remarks on U.S. and Israeli relations Friday, the Saban Center for Middle East Policy at the Brookings Institution rolled out a video replete with soaring music and effusive praise of Clinton's career by high-profile leaders and luminaries, and with it, continued speculation about whether she really has run her last political race. 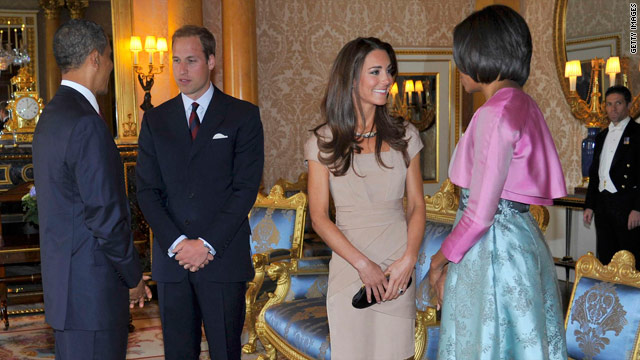 The Obamas met the Duke and Duchess of Cambridge (formerly Prince William and Kate Middleton) in May 2011.
December 3rd, 2012
01:52 PM ET

(CNN) - It didn't take long for the White House to weigh in on the latest news from London–that Prince William and his wife Catherine, the Duchess of Cambridge, are having a baby. 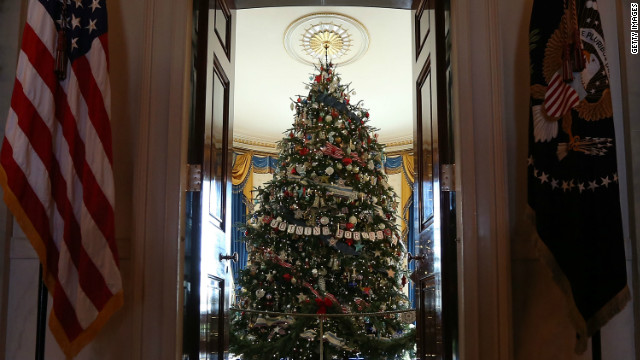 The annual gathering for members of Congress - including House Speaker John Boehner - is meant to be a social occasion, rather than a working session, and Carney said President Barack Obama was looking forward to it.
END_OF_DOCUMENT_TOKEN_TO_BE_REPLACED

Bottom of the barrel: Members of Congress honesty ratings

(CNN) - While Members of Congress have a slightly higher honesty rating than last year, the lawmakers are still considered the least trusted professionals by the American public, barely edging out car salespeople for the lowest spot, according to a new Gallup survey released Monday.

Congress has had consistently low approval ratings over the years and 2012 is no exception, with more than half of Americans–54%–saying lawmakers on Capitol Hill have low or very low ethical standards and only 10% saying the elected officials have high or very high standards.
END_OF_DOCUMENT_TOKEN_TO_BE_REPLACED 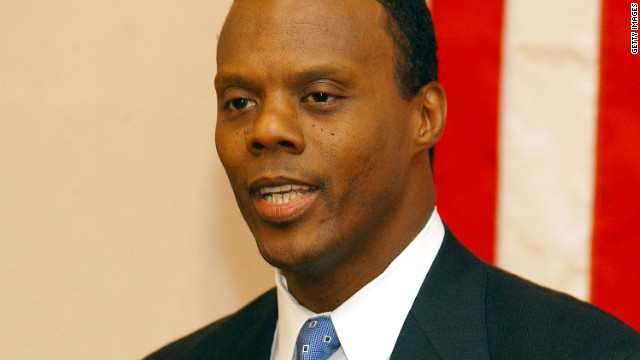 (CNN) - The prospect of former congressman J.C. Watts leading the Republican National Committee was met with chuckles by members of the organization Monday, who said that current chairman Reince Priebus is all-but-guaranteed to be re-elected to his post next month.

Watts, a former Oklahoma congressman who for a time in the 1990s was the only African-American Republican serving in the U.S. House, told Politico over the weekend that he is being "encouraged" by Republicans to seek the RNC chairmanship.
END_OF_DOCUMENT_TOKEN_TO_BE_REPLACED