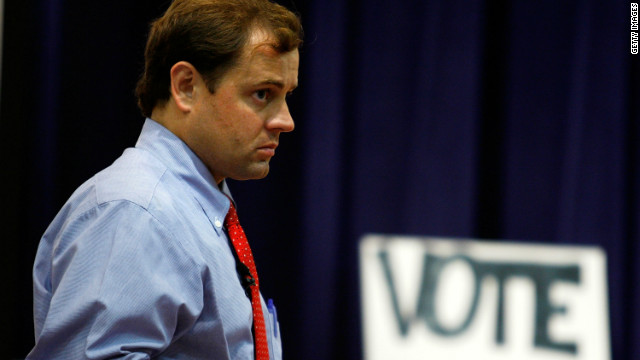 (CNN) - Democrat Tom Perriello announced his decision not to run for governor of Virginia next year, making room for what is expected to be a race between former Democratic National Committee Chairman Terry McAuliffe and Republican Attorney General Ken Cuccinelli.

In a statement posted to the blog Blue Virginia the former one-term congressman from Virginia threw his support behind McAuliffe.

"No one has worked harder to prevent this extreme agenda from reaching the Governor's mansion than Terry McAuliffe. I hope that progressives and moderates can unite as Virginians choose between the worst of our past and the best of our future," he wrote Wednesday.

"Attorney General Ken Cuccinelli says what he believes, but those divisive beliefs are devastating to our Commonwealth. I will be supporting Terry and all of those who are willing to put their names on the ballot to keep Virginia moving forward."

"Virginia is extremely lucky to have a leader of Tom's character and conviction and I look forward to working with him on mainstream solutions for job creation and common sense," said McAullife who announced he was running for Virginia's governorship earlier this month.