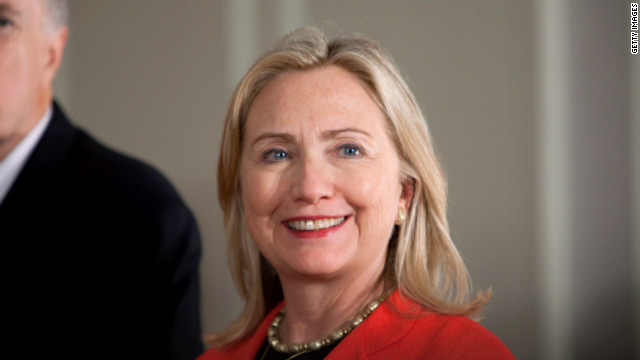 That's the message from two new polls about a much talked about hypothetical bid for the White House in 2016 by soon-to-be out going Secretary of State Hillary Clinton.

Fifty-seven percent of Americans questioned in an ABC News Washington Post poll released Wednesday say they'd back such a run, if Clinton changes her mind and decides to become a presidential candidate again, with 37% saying they'd oppose such a bid.

Clinton has repeatedly said that she intends to retire to private life once her successor as secretary of state is confirmed by the Senate, and she's added that another run for the White House is not in the cards for her.

"Look, I'm flattered. I am honored," she told CNN's Wolf Blitzer this year about calls by other Democrats for her to consider another run in 2016. "That is not in the future for me, but obviously I'm hoping that I'll get to cast my vote for a woman running for president of our country."

The poll indicates a gender gap, with 66% of women supporting any possible White House run by Clinton. That number drops to 49% among men. There's also the obvious partisan divide: 73% of Democrats would back a Clinton candidacy, but that drops to 23% among Republicans. Fifty-nine percent of independents say they would support a Clinton presidential run.

According to the poll, two-thirds of Americans have a favorable view of Clinton and 68% approve of the job she's doing as the nation's top diplomat.

Meanwhile, a majority of New Yorkers say they would like to see Hillary Clinton run for president again.

According to a Siena College Research Institute survey also released Wednesday, 75% of Empire State voters say they have a favorable impression of Clinton, who represented her adopted home state of New York for eight years in the U.S. Senate. That's Clinton's highest favorable rating ever in a Siena survey.

By a 54%-39% margin, New Yorkers say she should run for president in four years. In 2008, then Sen. Clinton lost an epic Democratic presidential nomination battle to then Sen. Barack Obama of Illinois. Obama nominated Clinton as his secretary of state after winning the 2008 general election.

The Siena College Research Institute poll was conducted November 26-29, with 822 registered voters in New York State questioned by telephone. The survey's sampling error is plus or minus 3.4 percentage points.

The ABC News/Washington Post poll was conducted Nov. 28-Dec. 2, with 1,020 adults nationwide questioned by telephone. The survey's overall sampling error is plus or minus four percentage points.