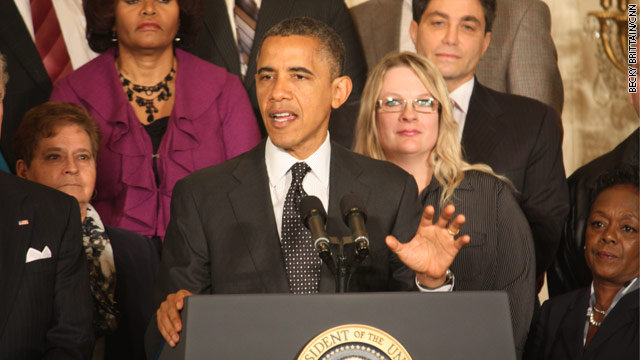 Washington (CNN) - With the leaders in Washington locked in a fiscal cliff standoff, President Barack Obama will visit a “middle class” home in Northern Virginia on Thursday to promote his proposal in the negotiations, according to the White House.

A member of this particular family, the White House said, engaged in the administration’s #My2K Twitter campaign over the last week that encouraged Americans to ask questions of the president and share how the money saved by extending the Bush-era tax cuts for 98% of Americans would impact their lives.