"Stephen, thank you for your interest in South Carolina's U.S. Senate seat and for the thousands of tweets you and your fans sent me," Haley wrote, before delivering one piece of archive material that could sink Colbert's chances.
END_OF_DOCUMENT_TOKEN_TO_BE_REPLACED

New York (CNNMoney) - Of all the fiscal cliff issues, there's one that scares small businesses most of all: The end of the payroll tax holiday. 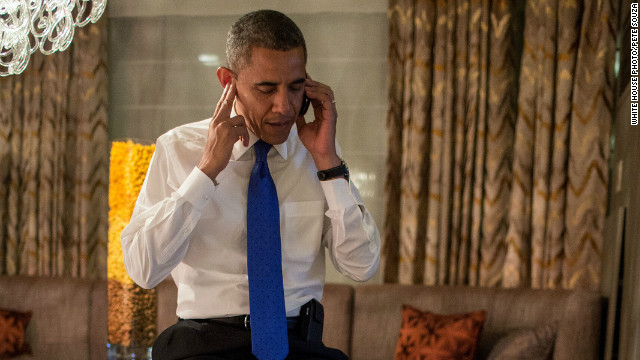 The photo was taken in the presidential suite of the Fairmont Millennium Park hotel in Chicago, where Obama and his team watched results come in on November 6. In his concession speech, Romney said that on the call with the president, he wished Obama well, along with his family and staff.
END_OF_DOCUMENT_TOKEN_TO_BE_REPLACED 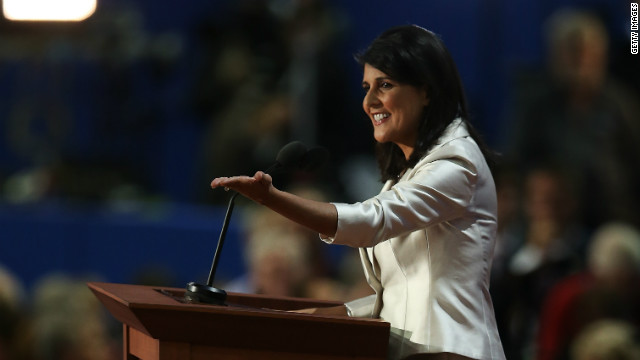 (CNN) - South Carolina's Republican governor said Friday she was working quickly to appoint a replacement to retiring Sen. Jim DeMint's seat in the U.S. Senate, writing she was looking to put a similar-minded conservative in the Upper Chamber.

"Appointing a new member of the U.S. Senate is a solemn duty, and I take this responsibility with utmost seriousness. I will make this decision in a manner that is thoughtful and dignified, but also quickly," Gov. Nikki Haley wrote Friday.
END_OF_DOCUMENT_TOKEN_TO_BE_REPLACED

"While a downtick in the unemployment rate is welcome news, too many families are still falling behind and unemployment remains painfully high," Priebus said in a statement sent an hour after the jobs report was released. During the presidential race, Republican reaction to negative jobs reports was almost instantaneous.
END_OF_DOCUMENT_TOKEN_TO_BE_REPLACED

So said Christie in an interview on "The Daily Show" Thursday, in which the Garden State governor said his past criticism of the president wasn't necessarily at odds with his newfound appreciation for Obama's leadership.
END_OF_DOCUMENT_TOKEN_TO_BE_REPLACED

(CNN) - Modest hiring continued in November and the unemployment rate fell to its lowest level in nearly four years, according to a report released Friday.

Payroll tax cut: Is it in, or is it out?

New York (CNNMoney) - In all the rhetorical noise about the fiscal cliff, the discussion has focused most heavily on the Bush-era income tax cuts.

Neither party wants to raise income taxes on the middle class, which has come to be defined as families making below $250,000. 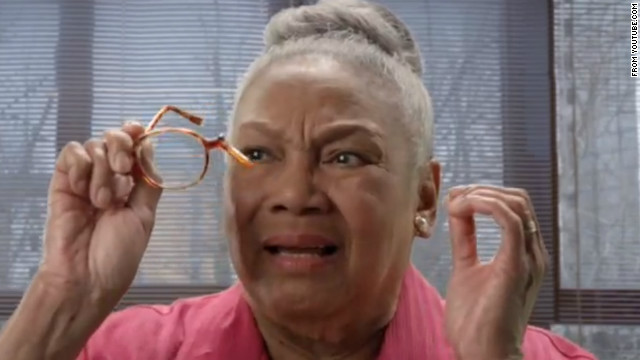 Washington (CNN) - Three major labor unions are launching a second major wave of ads Friday aimed at protecting entitlement and education programs from substantial cuts in any deal to avert the automatic spending cuts and tax increases scheduled for the first of the year, CNN has learned.

The American Federation of State, County and Municipal Employees, the Service Employees International Union and the National Education Association will air ads in Virginia, Missouri, Ohio and Montana, trying to make sure any deal to avert the "fiscal cliff" protects union priorities.
END_OF_DOCUMENT_TOKEN_TO_BE_REPLACED

CNN: McConnell move on debt ceiling backfires
The political posturing, and theater, related to the fiscal cliff continued Thursday as Senate leaders squared off over whether to make it harder for Congress to block future increases in the debt ceiling. At issue was a move by Senate Minority Leader Mitch McConnell, and meant to put Democrats in a tough spot, that backfired. McConnell pushed for a vote on an idea he first proposed last year as part of the debt ceiling standoff.

CNN: Jersey Shore meets the fiscal cliff
After a series of meetings with both President Barack Obama and congressional leaders, New Jersey Gov. Chris Christie, who is rarely at a loss for words, declined to answer questions from reporters Thursday and left Washington in near total silence. As it turns out, the rising Republican star's quest for money to rebuild his state's battered shoreline may be colliding with another crisis – the fiscal cliff. In other words: bad timing.