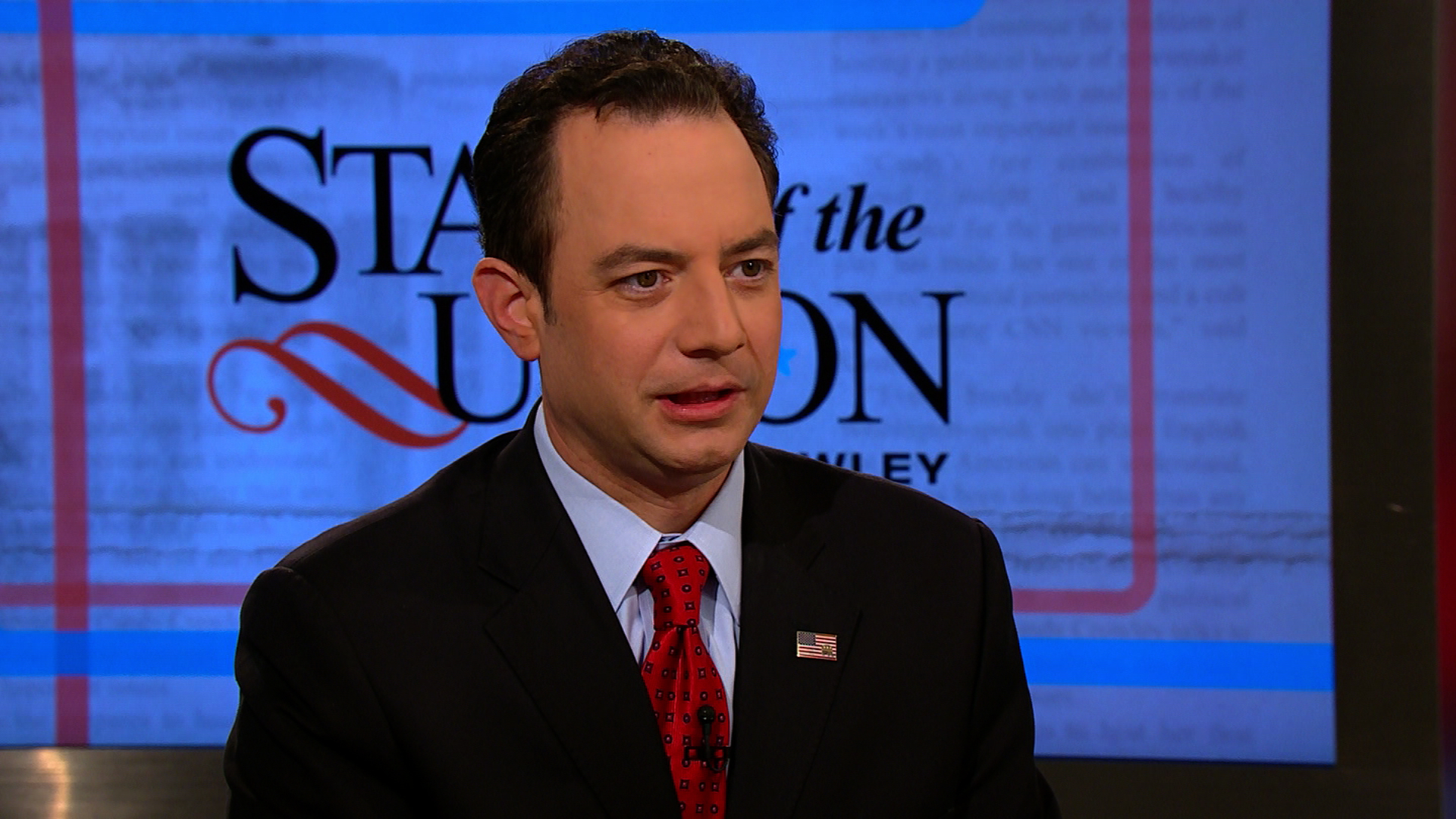 DEVELOPING: SPOTLIGHT ON BIG PAYCHECKS AT FANNIE AND FREDDIE (AGAIN)… A report released Monday by a government watchdog reveals the top 90 employees received an impressive $92 million in pay last year at Fannie and Freddie - companies that are propped by taxpayer money. Top employees' pay remained at stratospheric levels even though overall compensation declined after bonuses were eliminated last year, according to the Inspector General of the Federal Housing Finance Agency, which supervises and regulates Fannie and Freddie. – Aaron Smith

TRAIL TRIVIA
(Answer below)
What state or territory became the first to grant women the right to vote on this day in history?

Dubbed “the Growth and Opportunity Project,” the effort will provide a full post-mortem on 2012 as well as look ahead to demographic and electoral challenges for the future. CNN’s own GOP contributor Ari Fleischer was selected to be on this committee, along with former RNC chair Haley Barbour, former Jeb Bush Chief of Staff Sally Bradshaw, RNC Committeewoman from Puerto Rico Zori Fonalledas, and RNC Committeeman from South Carolina Glenn McCall.

GUT CHECK: Will this group focus on the RNC or all Republican candidates and messaging?

FLEISCHER: The focus is broad. We'll examine what we need to grow the party and win elections at all levels.

GUT CHECK: We just co-hosted a digital post-mortem on the 2012 election with Zac Moffat from the Romney campaign, who said one of the biggest lessons was that campaigns “run out of runway” unless they start their digital games earlier. How much will the calendar push this inquiry? How much will you study the digital efforts of both campaigns?

FLEISCHER: We will definitely study digital efforts and social media. It's vital to keep up with, and stay ahead of, the trends.

GUT CHECK: Will the results of this effort be aimed at the 2013 races or at presidential efforts?

GUT CHECK: Are you satisfied with the ideological, geographic and demographic diversity of the group leading the inquiry?

FLEISCHER: Yes. Our composition is quite broad and reflective of our big tent. We also want to talk, however, to people who aren't very political, but they care about our country too.

GUT CHECK: Will the President’s renewed push on immigration reform help the Republican Party or complicate this effort?

FLEISCHER: We're not in the business of recommending legislative solutions to our problems – that's Congress' job. But we do want to find a way to make our Republican ideas attractive and welcome to more people. That's how we can grow the party and win elections.

Leading CNNPolitics: Obama, Boehner meet about fiscal cliff and agree - not to say much
Twenty-three days since they last met face-to-face and 23 days before the fiscal cliff becomes a harsh reality, the two men most pivotal to the contentious budget talks sat down Sunday. There was no evidence of a breakthrough, though President Barack Obama and House Speaker John Boehner at least did agree on something: what, and what not, to say. – Jessica Yellin and Greg Botelho

Leading HuffPo: 'Incapable Of Competing'
Secretary of State Hillary Clinton regularly brushes off the idea of a 2016 presidential bid. But if she were to run, at least one prominent Republican thinks his party would be completely outmatched. “The Republican party is incapable of competing at that level,” Gingrich said during an appearance on NBC's “Meet The Press.” – Jennifer Bendery

Leading Politico: The GOP's immigration jam
Think Republicans feel in a jam about raising taxes? Wait until President Barack Obama springs comprehensive immigration reform on them early next year. With Obama making plain his plans to push immigration soon, leading establishment Republicans — fresh off Mitt Romney getting his clocked cleaned by 44 percentage points among Hispanics last month — insist they are now very much open to a comprehensive package, including eventual citizenship for illegal immigrants. – Jim Vandehei and Mike Allen

Leading The New York Times: 113th Congress: This Time, It’s Out With the New
The 2010 election, with its throw-the-bums-out, antigovernment furor, swept into office a host of people who had no government experience. There was an exterminator, a dentist, a youth minister and a pizza man. But this year, voters sent many of those people packing. – Jeremy Peters

- Obama uses campaign email list for fiscal cliff pressure -
STEPHANIE CUTTER, DEPUTY CAMPAIGN MANAGER FOR OBAMA FOR AMERICA, IN AN EMAIL TO SUPPORTERS: “Who will decide if your taxes increase in just 22 days? A few dozen members of the House of Representatives, that's who. … Let's get one thing straight: If your taxes go up, Republicans will have made a conscious choice to let that happen. They'll have missed the opportunity to prevent it, just to cut taxes for the wealthy. … That's not what President Obama and you campaigned on, and that's not what millions of Americans voted for just one month ago. We know we can affect change in Washington when we raise our voices together. So pick up the phone and make a few calls. Republicans in the House need to hear from their constituents.”

- In campaign-style event, Obama attacks ‘right to work’ laws -
PRESIDENT BARACK OBAMA AT A WHITE HOUSE EVENT IN MICHIGAN: “What we shouldn't be doing is trying to take away your right to bargain for better wages and working conditions. We shouldn't be doing that. These so-called right to work laws – they don't have to do with economics, they have everything to do with politics.”

- No placeholder for South Carolina -
REPUBLICAN SOUTH CAROLINA GOV. NIKKI HALEY IN A WRITTEN PRESS STATEMENT: “As I continue to consider the impending U.S. Senate vacancy, many have discussed the possibility of a ‘placeholder’ appointee who would pledge to serve for only two years and not seek election to the seat in 2014. While there are some good arguments in favor of that approach, I believe the better case is against it.”

- To Booker, Christie is vulnerable on a number of issues -
NEWARK MAYOR CORY BOOKER, A DEMOCRAT, IN AN INTERVIEW WITH CNN: “To any Democrat, Christie is vulnerable. There are a lot of issues on the state he's not falling in line. From women's issues, environmental issues, a balanced way. I will consider United States senate as well. I am trying to make the decision based on where I can make the most difference in the city I love and the state I love and the nation I pledged my life to.”

Gut Check Full Service… Three surveys in late November indicate that New Jersey Gov. Chris Christie is quite popular. According to a Quinnipiac University survey released Tuesday morning, 72% of Garden State voters give the first term Republican governor a thumbs up on the job he's doing in office, a 16-point jump since before the storm struck the state in late October. This comes as a Fairleigh Dickinson University survey indicated Christie's approval rating stood at 77%, a twenty-one point spike since late October. And his favorable impression jumped 19 points to 67% in a new Rutgers-Eagleton survey.

Gut Check Full Service x 2… According to Quinnipiac, “New Jersey voters say 67 – 25 percent that Gov. Christopher Christie deserves reelection in 2013 and give him leads of 18 point or more against any possible Democratic challenger.” Booker would mount the biggest challenge to Christie, according to the poll, but still would lose by almost 20 points – 53% to 35%.

Brad Dayspring (@BDayspring)
Obesity is now the leading cause of ineligibility for people who want to join the Army, according to military officials http://ow.ly/fZ6aj

Daniela Altimari (@capitolwatch)
Asked what he intends to do next, Lieberman says he'll divide his time between "making some money for the family" and public service.

Brandon Friedman (@BFriedmanDC)
It's unfortunate that the Department of State is considering clamping down on employee social media use. http://www.foreignpolicy.com/articles/2012/12/10/lost_in_cyberspace#.UMYJ9I_VkT4.twitter

Hala Gorani (@HalaGorani)
Fun fact: The current market cap of the entire Egyptian stock market ($55 billion) is equal to about one tenth of the value of Apple.

Jonathan Wald (@jonathanwald)
Another week, another football tragedy. @piersmorgan talks to Bob Costas tonight about drunk driving, guns, and what's going on in the NFL.

SOCIAL WATCH: For those of you who missed out on the CNN-Google #Digital2012 conference that made news here, here and here, we wanted to share with you the sizzle reel that got all the conversation started.

On this day in 1869, women in the Wyoming Territory were granted the right to vote when the state’s legislature passed the first women’s suffrage constitutional provision in the history of the United States.

At the time, Wyoming was a new territory, a fragment of what used to piece the Dakota, Idaho and Utah territories, that was created when the transcontinental railroad was completed earlier in 1869. Though there was little opposition to the suffrage law – it easily passed the legislature and was quickly signed by Wyoming Gov. John A. Campbell – the reasons for its passage were dubious.

The notable Western historian at the time, C.G. Coutant, wrote that after the vote, “One man told me that he thought it right and just to give women the vote. Another man said he thought it would be a good advertisement for the territory. Still another said that he voted to please someone else, and so on.”

The desire for statehood also tantalized the people of Wyoming. In order to become a state, the Wyoming territory had to have a population over 60,000. In 1868, only 11,000 people, with a hefty majority being men, lived in the area. So while a population boost was desired, what many of the men in Wyoming wanted were women.

After the vote, the Cheyenne Leader wrote, “We now expect at once quite an immigration of ladies to Wyoming.”

The laws passage made international news. Many on the east coast were struck by the vote and it motivated other women’s suffrage activists. According to historical reports, telegrams of congratulations to Wyoming came from as far as Europe.

Congratulations to Bernard Lin (@blin11592) for correctly answering today’s Gut Check Trivia question. A few were faster, but lucky for Lin, they were wrong.