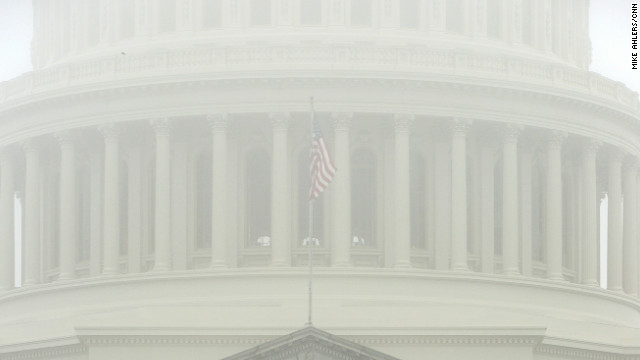 Washington (CNN) - As it tries again in 2014 to win back control of the House of Representatives, the Democratic Congressional Campaign Committee says it's got its eyes on 48 Republican-held seats.

"We need 17 seats to pick up the House. So we begin with an early universe of 30 districts where the incumbent got less than 10% and an additional 18 districts that we think can perform better in an off year than an on year," DCCC Chairman Steve Israel told reporters Thursday.

Israel asserted Republicans will be most vulnerable in suburban areas and areas with a growing Latino population in the 2014 midterm elections.

Israel, the Democrat from New York, is returning for a second cycle as DCCC chairman. Democrats needed to win back 25 seats last month to gain control of the House. Although they fell far short of that goal, they did win back eight seats from the GOP. Republicans will have a 234-201 advantage next month when the new Congress is seated. Each party will have a vacant seat.

Israel said the DCCC has completed an initial review of what they did right and wrong in the 2012 cycle. While he wouldn't give specifics, Israel said strong recruitment is crucial.

"We've studied what we can do better. Now we are incorporating that into moving forward. The key issue here is that it all starts with recruiting," he said. "The reason we picked up seats in 2012 is because we aggressively began recruiting in 2010."

Israel also touted how the DCCC has already been aggressively going after Republicans since last month's election.

"The 2014 election began on Election Day in 2012. We started before the cycle was over. So before the bottom of the ninth with two outs, two strikes, we were already figuring out our batting order for the very next game," said Israel. "We hit the ground running. We have been on offensive."

The DCCC said Wednesday they would air radio ads against 21 House Republicans who have refused to sign a discharge petition advanced by Democrats that would allow a vote in the chamber on extending Bush-era tax cuts for households making less than $250,000 per year. The Bush-era cuts expire at the end of the year.