"This is our first task, caring for our children. Our first job. If we don't get that right, we don't get anything right. That's how, as a society, we will be judged," Obama said. "Can we honestly say that we're doing enough to keep our children, all of them, safe from harm? ... I've been reflecting on this the last few days, and if we're honest with ourselves, the answer's no. We're not doing enough. And we will have to change."
END_OF_DOCUMENT_TOKEN_TO_BE_REPLACED

TRANSCRIPT: 'We have wept with you,' Obama says in Newtown speech

(CNN) - President Barack Obama offered the condolences of a nation to the people of Newtown, Connecticut, during a memorial service Sunday night, saying, "All across this land of ours, we have wept with you. ... Newtown, you are not alone."

Saying "we can't accept events like this as routine," Obama said he'll use "whatever power" he has to prevent "more tragedies like" what happened Friday in Newtown, Connecticut, where 26 were killed in a mass school shooting before the gunman killed himself.

"Surely we can do better than this," the president said.

See the full speech after the jump.
END_OF_DOCUMENT_TOKEN_TO_BE_REPLACED

But two days after the attack that took the lives of 20 children and six adults at a Connecticut elementary school, lawmakers were eager to take on the gun debate Sunday - with many saying a tipping point had finally been reached to pass stricter laws.
END_OF_DOCUMENT_TOKEN_TO_BE_REPLACED 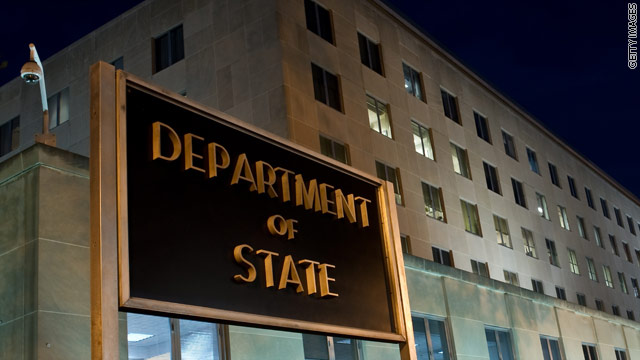 Washington (CNN) - After months of accusations and political recriminations, the State Department is getting ready to present the most detailed explanation yet regarding the circumstances surrounding the deadly attack on the U.S. consulate in Benghazi, Libya.

Texas congressman: Principal should have been armed for self-defense

(CNN) - U.S. Rep. Louie Gohmert said the deadly Connecticut school shooting could have been halted sooner if staff at the school had been equipped with guns.

"I wish to God (the principal) had had an M4 in her office, locked up, so when she heard gunfire she pulls it out … and takes him out, takes his head off before he can kill those precious kids," the Republican from Texas said on "Fox News Sunday."
END_OF_DOCUMENT_TOKEN_TO_BE_REPLACED

(CNN) - Democratic Sen. Dianne Feinstein of California said Sunday the president will soon have legislation "to lead on" in the gun control debate, announcing she will introduce a bill next month in the Senate to place a ban on assault weapons.

"We'll be prepared to go, and I hope the nation will really help," Feinstein said on NBC's "Meet the Press."
END_OF_DOCUMENT_TOKEN_TO_BE_REPLACED

(CNN) - Violent video games and a "culture of violence" found in the media could be contributing factors to mass shootings, Colorado Gov. John Hickenlooper said Sunday.

"There might well be some direct connection between people who have some mental instability and when they go over the edge - they transport themselves, they become part of one of those video games," Hickenlooper said on CNN's "State of the Union." "Perhaps that's why all these assault weapons are used."
END_OF_DOCUMENT_TOKEN_TO_BE_REPLACED 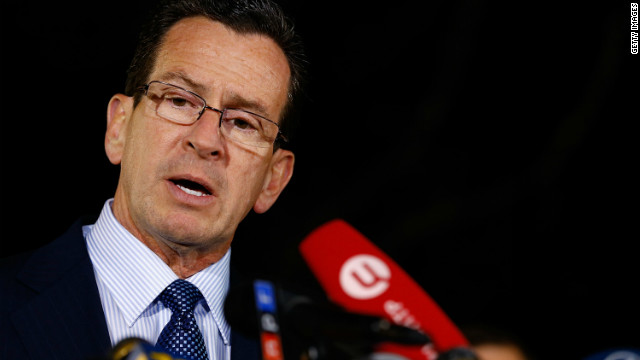 (CNN) - Two days after telling more than 20 families they had lost loved ones in one of the nation's deadliest school shootings, Connecticut Gov. Dan Malloy on Sunday urged stricter gun control legislation at the federal level.

"These are assault weapons. You don't hunt deer with these things," Malloy said on CNN's "State of the Union." "I think that's the question that a lot of people are going to have to resolve in their own minds: Where should this line get drawn?"
END_OF_DOCUMENT_TOKEN_TO_BE_REPLACED

Jockeying begins for Mass. senate seat, even before it's vacant

(CNN) - Get ready Massachusetts: Another special election to fill a U.S. Senate seat may be coming your way. And jockeying is already underway among potential candidates, even before it's official there will actually be vacant seat and an election.

With U.S Ambassador to the U.N. Susan Rice no longer in contention to succeed Secretary of State Hillary Clinton as America's top diplomat, President Barack Obama had decided to nominate Senate Foreign Relations Committee Chairman John Kerry, always one of the top contenders for the job, a Democrat who spoke to Kerry told CNN Saturday.
END_OF_DOCUMENT_TOKEN_TO_BE_REPLACED

Washington (CNN) - Sen. John Kerry, who sources say has been tapped by President Barack Obama to replace Hillary Clinton as secretary of state, will come to the post with a full plate of foreign policy crises, from the civil war in Syria, to the nuclear antics of North Korea, to a looming showdown with Iran over its nuclear program.

Anybody who follows Clinton would have some pretty big shoes to fill. Clinton was not just the most popular member of the president's Cabinet for the past four years, she had celebrity status and respect almost everywhere she went around the world.