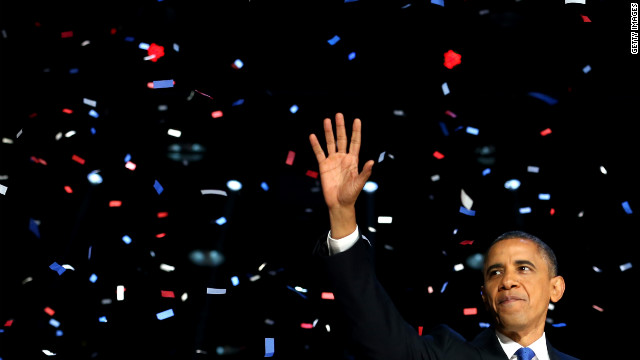 (CNN) - Election Day has long since passed and President Barack Obama remains the country's pick for the White House, but Monday marks the day electors from every state meet to officially vote the incumbent into office.

November 6 saw Obama pass the electoral threshold of 270 – from a total of 538 votes - as ballots from Ohio rolled in, besting Republican presidential nominee Mitt Romney. Ultimately, Obama won 332 electoral votes, with 51% of the popular vote, to Romney's 207, with 47% of the popular vote.

Electors meet in their respective state capitals on the Monday after the second Wednesday in December. Each state has electors equal to its representation in Congress.

Congressional districts in every state choose an elector to cast the official ballot of the region. In most states electors must pledge to vote for the candidate who receives the majority of the vote in their state.