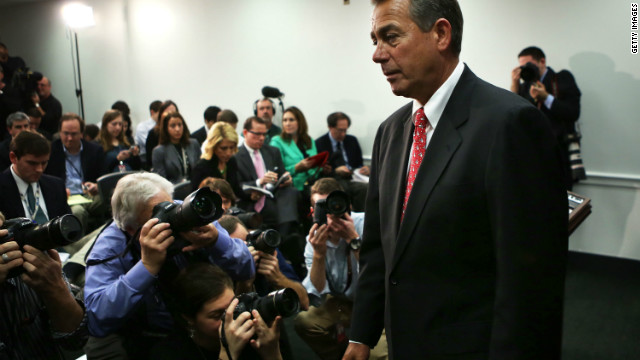 (CNN) – As proposals and plans fly between Capitol Hill and the White House, House Speaker John Boehner says negotiators are working at an increased pace to avoid the year-end fiscal cliff after Friday's deadly massacre in Connecticut.

Asked Tuesday whether the school shooting – which left 26 people dead, including 20 children – had created a greater urgency in striking a deal to avoid tax hikes and spending cuts, Boehner said it had.
END_OF_DOCUMENT_TOKEN_TO_BE_REPLACED

(CNN) - Rep. Ron Barber, who was shot during the attempt on Gabby Giffords' life, discusses his support for gun control.

(CNN) – Amid calls for tighter restrictions on guns following last week's deadly rampage in Connecticut, Texas Republican Gov. Rick Perry said at a tea party event Monday that anyone with a concealed handgun license in the Lone Star State should be able to take guns on public property – including schools.

"In the state of Texas, with our concealed handgun license, if you have been duly backgrounded and trained and you are a concealed handgun license carrying individual, you should be able to carry your handgun anywhere in this state," said Perry, who later added a person has the right to prohibit guns on their private property.
END_OF_DOCUMENT_TOKEN_TO_BE_REPLACED

Washington (CNN) - In the chess match of the fiscal cliff negotiations, President Barack Obama and House Speaker John Boehner are narrowing the divide between their positions while contending with discontent among their respective ranks.

Boehner on Tuesday proposed what recently was the unthinkable for Republicans - letting tax rates go up on income above $1 million as a short-term step to avoid some of the fiscal cliff while continuing to negotiate a broader deal.

Inouye gave preference for successor before he died

(CNN) – Sen. Daniel Inouye named U.S. Rep. Colleen Hanabusa as his preferred successor before his death Monday in a letter to Hawaii's governor, his office said.

GOP working on 'plan B' to stop tax hikes

(CNN) - House Speaker John Boehner will propose letting tax rates go up on income over $1 million as a short-term step to avoid some of the fiscal cliff while continuing to negotiate a broader deal with President Barack Obama, a Republican source said Tuesday.

(CNNMoney) - As the countdown to a fiscal cliff reaches its final days, four key tax breaks for parents are hanging in the balance.

Lawmakers and President Obama continue to butt heads about which tax cuts should be extended. And unless a deal is inked by the end of the year, the Child Tax Credit, Earned Income Tax Credit, Child and Dependent Care Credit and the American Opportunity Credit will revert to lower levels on Jan. 1.

Gun lobby has laid groundwork against any new laws

Washington (CNNMoney) - A cacophony of calls to change gun laws has emerged after last week's tragedy in Connecticut, and the National Rifle Association has kept quiet.

But no one expects silence from the NRA once President Obama or members of Congress make any move to change the laws.

CNN: Obama, Boehner move closer on taxes, spending cuts
President Barack Obama responded on Monday to House Speaker John Boehner's offer to compromise on tax rate increases with his own compromise on both tax increases and spending cuts, according to a source familiar with the discussions. Obama's latest offer brings the two sides billions of dollars closer to a deal to avert the fiscal cliff, which promises tax increases on income of all levels and across-the-board spending cuts in the new year.

CNN: Lawmakers seem prepared to tackle gun control: 'This one feels different'
In Washington and around the country, the legacy left by the 26 people - 20 of them young children - slaughtered in a school shooting on Friday in Newtown, Connecticut, might indeed be meaningful legislative reform. Over the past few days, several lawmakers have promised to introduce or reintroduce gun control legislation, ranging from a reinstatement of a federal ban on assault weapons to banning the sale of high-capacity magazines.

END_OF_DOCUMENT_TOKEN_TO_BE_REPLACED 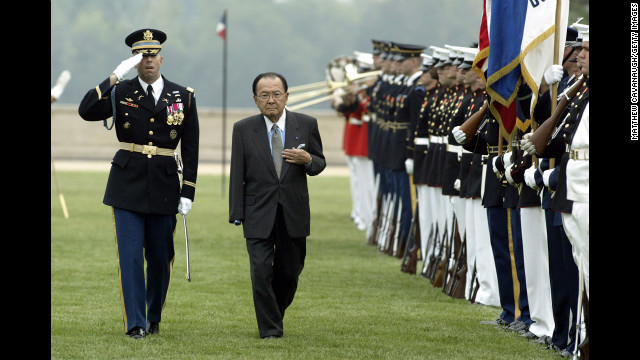