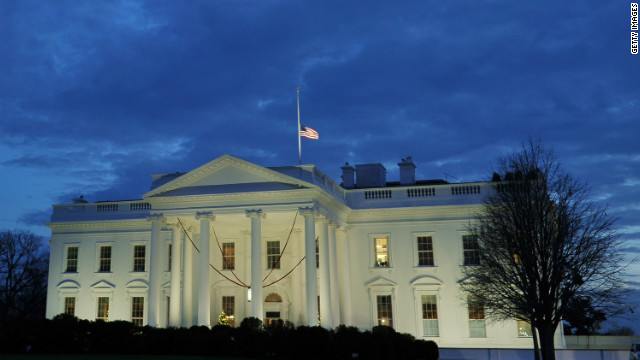 Nationwide, a moment of silence for Connecticut school shooting victims

(CNN) - Governors around the country have called for a moment of silence Friday morning in memory of the 20 students and 7 adults killed December 14 in Newtown, Connecticut, by a gunman who also took his own life.

President Barack Obama will hold a moment of silence himself, the White House said. He traveled to the town Sunday evening and spoke at an interfaith vigil, noting the students and faculty killed "lost their lives in a school that could have been any school, in a quiet town full of good and decent people that could be any town in America."

Connecticut Gov. Dan Malloy urged his counterparts around the country to join him in a day of mourning on Friday, which includes a moment of silence at 9:30 a.m. It was around that time the gunman forced his way into Sandy Hook Elementary School with three weapons, including a semi-automatic rifle, and claimed the lives the community has since mourned.

"Let us all come together collectively to mourn the loss of far too many promising lives at Sandy Hook Elementary School," Malloy said. "Though we will never know the full measure of sorrow experienced by these families, we can let them know that we stand with them during this difficult time."

Governors in at least 28 states called for a moment of silence Friday morning. In some of those states, governors called for bells to toll for the 26 victims at the elementary school.

Gov. Mary Fallin of Oklahoma suggested residents wear green, Sandy Hook's school color, and in Alaska, the state capitol's bell will ring at 9:30 a.m. local time. The bell is a full-scale replica of the liberty bell.

In a letter sent to governors around the country, Malloy noted how the shooting has resonated nationwide.

"Mourning this tragedy has extended beyond Newtown, beyond the borders of Connecticut, and has spread across the nation and the world," he said. "On behalf of the State of Connecticut, we appreciate the letters and calls of support that have been delivered to our state and to the family members during their hour of need."

Obama ordered flags to half staff last Friday in the wake of the shooting. Flags will also fly at half staff in Friday, after being ordered lowered following the death on Monday of Sen. Dan Inouye of Hawaii.