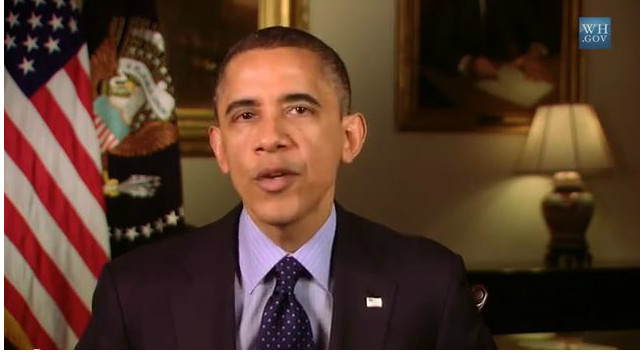 "I want to take a minute today to respond and let you know, we hear you," he said in a web video.

The video came in response to 32 "We the People" petitions on gun control, many of them created after the Newtown, Connecticut school shooting. One of the petitions, found on the White House's website, amassed nearly 200,000 signatures.

Since last week's massacre, in which a gunman killed 27 people before taking his own life, Obama has announced a new effort to find proposals that could potentially lead to legislation against gun violence. He appointed Vice President Joe Biden as the leader of the new commission.

In his video address Friday, Obama reiterated that he believes the Second Amendment guarantees a right to bear arms and acknowledged the country's "strong tradition of gun ownership that's been handed down from generation to generation."

However, Obama said "the vast majority of responsible, law-abiding gun owners would be some of the first to say that we should be able to keep an irresponsible, law-breaking few from buying a weapon of war."

"I'm willing to bet that they don't think that using a gun and using common sense are incompatible ideas," he continued. "That an unbalanced man shouldn't be able to get his hands on a military-style assault rifle so easily."

The video was released hours before the National Rifle Association held a press conference, where the pro-gun rights group called for an armed guard to be placed in every school.