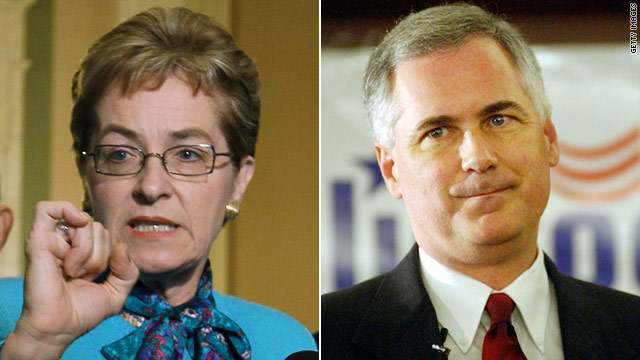 (CNN) – Rep. Tom McClintock, R-California, uses an analogy to explain why he supported Plan B, the alternative to a fiscal cliff deal proposed by House Speaker John Boehner, then scrapped because not enough House Republicans supported it.

“If a lifeguard sees 10 swimmers drowning off his beach and can only reach nine of them to save them, it doesn't mean that he's drowned the 10th one,” McClintock said.

Currently, the Bush-era tax breaks are set to expire on incomes of all levels at the end of the year. Plan B was Boehner’s proposal to extend those breaks for incomes under $1 million – a practical compromise, the speaker figured, between President Barack Obama’s insistence that the threshold be set at $250,000 and Republicans’ determination to extend the rates on incomes of all levels. Since Boehner first offered the $1 million figure, Obama has countered by proposing the bar be set at $400,000.

But sensing shortly before a Thursday night vote that the measure did not have enough support among Republicans to pass his House, Boehner pulled it and issued a statement calling for Obama to take the lead. He and the president went into the long Christmas weekend still without a resolution for the fiscal cliff, and with political strategists saying the Plan B episode further weakened the speaker’s leverage in negotiations.

“All this nonsense about how somehow Boehner was trying to raise taxes is just that – nonsense,” McClintock told CNN on Saturday. “He was trying to stop a massive tax increase and unfortunately some of my colleagues didn't see it that way.”

Joining McClintock in his call for movement in the negotiations was Rep. Marcy Kaptur, D-Ohio, who appeared separately on CNN.

“You have the president at this table, you have the Senate, both Democrats and Republicans at the table,” she said. “The problem – the fissure line is in the House.”

Divisions within the Republican-controlled House, she said, were pushing the country towards the cliff.

“The American people want unity. The speaker and I both come from the state of Ohio – it was battleground Ohio just a few weeks ago. President Obama won,” she said.

“The president wants to reach an agreement. We would like Speaker Boehner along with those in his own party who oppose him to come forward with a proposal that they agree on,” Kaptur added.

McClintock found fault with the process of legislating in Washington. He said Obama meddled too early and should have waited for the House and Senate to work out the details first.

“When each house then comes to its own independent judgment about the course of action, then we've got a conference process that's very good at resolving the differences between the two houses,” he continued.

“Only then is the president brought into the process. What we've got now is a couple of legislative leaders sitting behind closed doors coming up with plans that they then drop in the laps of both houses of the Congress for a take it or leave it vote. That doesn't end well,” McClintock said.

The fiscal cliff was designed by Congress as an incentive to implement a deficit reduction plan. Should legislators fail to reach an agreement, automatic spending cuts known as the sequester, distributed among both domestic and defense programs, would kick in. The cuts coincide with the expiration of the Bush-era tax breaks, which have previously been renewed.

Also on legislators’ plates is an emergency aid request for states affected by Superstorm Sandy.

Despite the cliff being only 10 days away and legislators not scheduled to return until only five days remain, both McClintock and Kaptur were optimistic that a deal would be reached and called for action on Capitol Hill.

“I am mortally embarrassed to be speaking to you from my district when we should be back in Washington right now,” McClintock said.