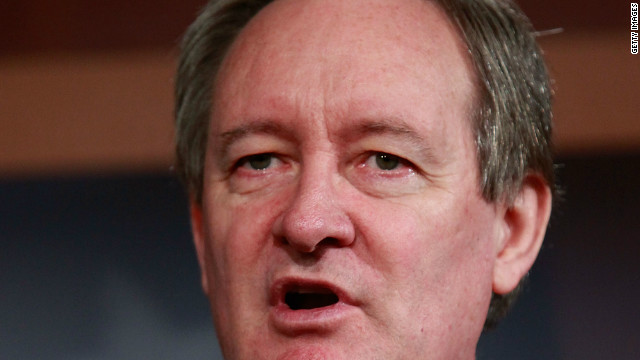 (CNN) - U.S. Sen. Michael Crapo, R-Idaho, was arrested early Sunday morning in Alexandria, Virginia, and charged with driving under the influence, according to the town's police department.

Jody Donaldson, an Alexandria police spokesman, said Crapo was arrested by an officer at 12:45 a.m. ET after the officer noticed Crapo's vehicle running a red light.

"Sen. Crapo was identified as the driver and arrested after failing several field sobriety tests," Donaldson said in a statement. "He was taken into custody without incident and transported to the Alexandria Adult Detention Center where he was released on a $1,000 unsecured bond."

Crapo released a statement through his office Sunday, saying: "I am deeply sorry for the actions that resulted in this circumstance. I made a mistake for which I apologize to my family, my Idaho constituents and any others who have put their trust in me.

"I accept total responsibility and will deal with whatever penalty comes my way in this matter. I will also undertake measures to ensure that this circumstance is never repeated. "

Crapo has represented Idaho in the Senate since 1999. Before that he served in the U.S. House of Representatives for six years. He was re-elected in 2010 with 71% of the vote. He's a member of the Senate's "Gang of 8."

According to his official biography on congress.gov, Crapo is also a member of the Church of Jesus Christ of Latter-day Saints, which prohibits the use of alcohol among its members.