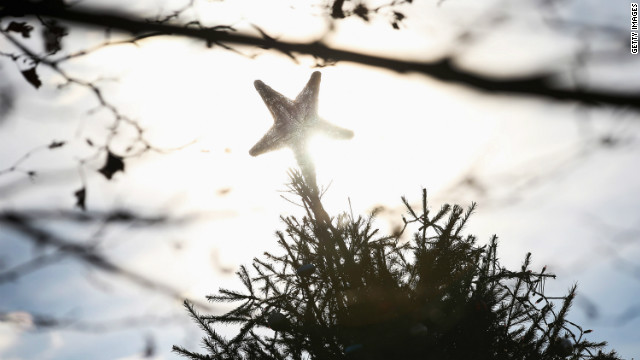 (CNN) - They deck offices, lobbies, and living rooms, but what are they called?

A new poll shows Americans are overwhelmingly decided on whether it is a "Christmas" or "holiday" tree.

Eight in ten side with "Christmas" over "holiday," according to the latest poll from Clarus Research Group. Only 12% refer to it as a holiday tree.

In fourth place was "The Christmas Song," followed by "Rudolph the Red Nosed Reindeer," "Feliz Navidad," and "Jingle Bells."

Preference on "Christmas" versus "holiday" tree had a partisan divide: 95% of Republicans picked Christmas, while only 65% of Democrats said the same. Eighty five percent of independents picked "Christmas" tree.

The poll included 1,100 adults nationwide who were reached by phone between December 5 and 7. It had a margin of error of plus or minus 2.95%.