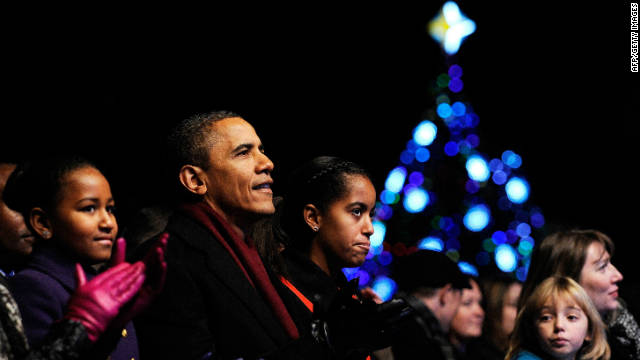 Bipartisan Christmas greetings from around the country

(CNN) - Governors, senators, members of Congress, and other political figures took to social media with Christmas greetings and to share their plans for the holiday.

Largely absent from their postings was politics, such as the views many have posted recently on the fiscal cliff, gun legislation and the attacks on the U.S. diplomatic mission in Benghazi, Libya.

See a selection of the postings below the jump.

President Barack Obama posted a photo of his dog, Bo, enjoying a snowfall outside the White House

Rep. Tim Scott of South Carolina was recently named by Gov. Nikki Haley as the successor to Sen. Jim DeMint, who plans to step down in January to lead the conservative think tank Heritage Foundation.

Rep. Debbie Wasserman Schultz, the Democratic Party chairwoman, posted about what was on her December 25th menu.

Sen. Kelly Ayotte of New Hampshire, like many parents, was awoken early Christmas morning by her children:

Sen. Lisa Murkowski of Alaska posted a video greeting to her constituents.

Sen. Mark Udall of Colorado noted that his state had grown the tree seen by thousands of visitors to the Capitol this season.

Gov. Rick Scott of Florida and his wife offered their holiday greetings.

And Gov. Chris Christie of New Jersey showed his spirit with a video of a performance of a Christmas classic alongside the Boston Pops orchestra.