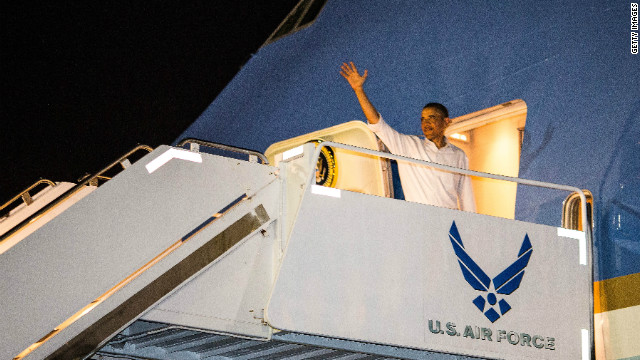 A senior House GOP leadership aide said on his call with Obama, Boehner told the president that the Senate must act to avoid the year-end fiscal cliff. That echoes what Boehner has told the president in previous communications, including during their phone call Friday. Boehner also reaffirmed his view that the House has already acted to avert the entire fiscal cliff, according to the aide.

Obama left Hawaii Wednesday evening and is expected back in Washington Thursday mid-day.