(CNN) - Secretary of State Hillary Clinton was hospitalized Sunday after doctors discovered a blood clot during a follow-up exam related to a concussion she suffered this month, her spokesman said.

She is expected to remain at New York Presbyterian Hospital for the next 48 hours so doctors can monitor her condition and treat her with anticoagulants, said Philippe Reines, deputy assistant secretary of state.

(CNN) - Following a day of ups and downs in the fiscal cliff talks, Senate Majority Leader Harry Reid said the Senate will meet back again Monday, meaning there will be no vote on a deal Sunday night.

The chamber will reconvene at 11 a.m. ET, he announced on the Senate floor. Saying there's "still significant distance between the two sides," Reid confirmed negotiations are continuing, nonetheless.
END_OF_DOCUMENT_TOKEN_TO_BE_REPLACED

"There's still significant distance between the two sides, but negotiations continue," Reid said as Congress held a rare Sunday session in a bid to avoid the so-called fiscal cliff. "There's still time left to reach an agreement, and we intend to continue negotiations." 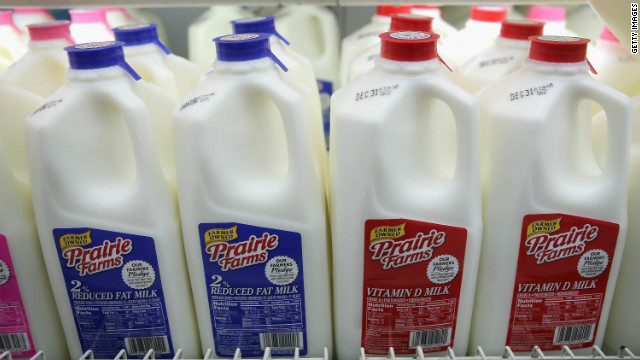 The bill "also prevents eventual damage to our entire agriculture economy," Stabenow, who chairs the Senate Agriculture Committee, said in a statement.
END_OF_DOCUMENT_TOKEN_TO_BE_REPLACED

Washington (CNN) - Senate leaders indicated Sunday that talks to avert the fiscal cliff have come to gridlock, as the upper chamber convened for a special session in hopes of passing a deal by the end-of-the-year deadline.

Republican Leader Mitch McConnell said on the Senate floor he has placed a call to Vice President Joe Biden to see if "he could help jump-start negotiations on his side."
END_OF_DOCUMENT_TOKEN_TO_BE_REPLACED

Washington (CNN) - A Democratic source familiar with the talks tells CNN they have hit a “major setback” because Republicans are now insisting that any fiscal cliff deal include “chained CPI," which Democrats consider a “poison pill.”

The Democratic source says they understand the president offered this in talks with House Speaker John Boehner, but Democrats say that was in the context of a larger deal - in exchange for changes to the way the debt ceiling is approached - which is not in the plan anymore.
END_OF_DOCUMENT_TOKEN_TO_BE_REPLACED

(CNN) – Sen. Bob Corker of Tennessee sought to assure Americans on Sunday over the looming fiscal cliff, expressing full confidence that most people won't start off the new year with new taxes.

In an interview on CNN, the Republican senator also predicted the income threshold for tax increases will be at least $500,000 per year, rather than President Barack Obama's proposal of $250,000.
END_OF_DOCUMENT_TOKEN_TO_BE_REPLACED

(CNN) - House Speaker John Boehner hit back at President Barack Obama's appearance on NBC's "Meet the Press" Sunday, where the president faulted Republicans for the ongoing stalemate in the fiscal cliff battle.

"The president will get a political victory, a trophy for the president politically, but it will not change our debt situation or reduce our deficit in any meaningful way," Graham told CNN. "It will be a political victory that is hollow in nature when it comes to preventing our country from becoming Greece."
END_OF_DOCUMENT_TOKEN_TO_BE_REPLACED

Obama talks about 'worst day of my presidency,' goals for next term

(CNN) - President Barack Obama appeared on NBC's "Meet The Press" on Sunday, talking about the "fiscal cliff" negotiations and priorities for his administration in his second term.

The president told host David Gregory that he was optimistic something will be worked out to keep tax rates from rising on Tuesday - but if not, his first piece of legislation for the next Congress will be a bill to reduce tax rates on most Americans.