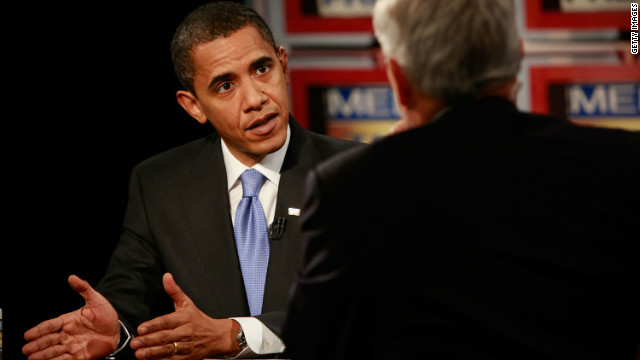 (CNN) - Republicans "have had trouble saying yes to a number of repeated offers," President Obama said in an interview with NBC's "Meet the Press" broadcast Sunday, discussing fiscal cliff talks.

If a broader deal on the fiscal cliff cannot be reached, then the Senate should vote on legislation to make sure middle-class taxes are not raised and that 2 million people don't lose unemployment benefits, he said.

The idea of maintaining tax cuts for 98% of Americans, as the president and Democrats support, was once part of "a pretty mainstream Republican agenda," Obama said. The fact that many Republicans are opposing raising taxes on the remaining 2% "is an indication of how far certain factions inside the Republican Party have gone," he added.