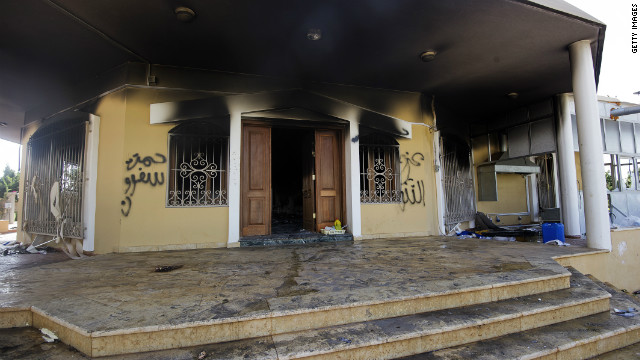 (CNN) - Terrorists in Benghazi, Libya, "essentially walked right into the Benghazi compound unimpeded and set it ablaze," a special Senate report on the September 11 attack that killed a U.S. ambassador and three other Americans says.

The bipartisan report, "Flashing Red: A Special Report on the Terrorist Attack at Benghazi," released Monday by the Senate Committee on Homeland Security and Government Affairs, cites "extremely poor security in a threat environment that was 'flashing red.' "