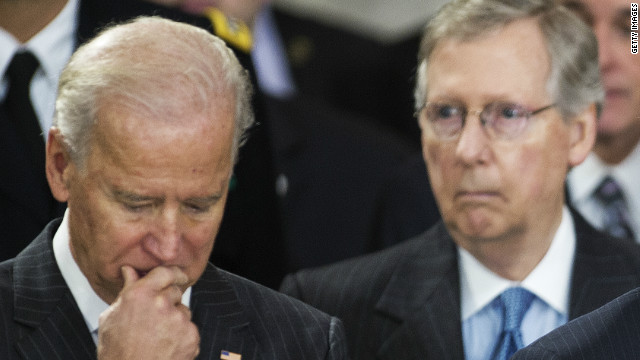 Washington (CNN) – Fiscal cliff negotiations between Vice President Joe Biden and Senate Minority Leader Mitch McConnell made significant progress and the two sides are now closer to a deal than they were Sunday, according to sources close to the process.

Thus far the potential agreement includes allowing top tax rates to return to Clinton-era levels, an extension of unemployment insurance and an agreement to increase the estate tax, though there would likely be a compromise to keep it from jumping to pre-bush policy levels, said a source familiar with the negotiations.

According to another source, Senate Majority Leader Harry Reid initially proposed a $450,000 income tax threshold to McConnell, a level from which Biden has not moved.

McConnell told reporters Monday he last spoke with Biden at 6:30 a.m. He also spoke with the vice president at 12:45 a.m. Monday morning.

Biden and McConnell have taken the lead in trying to reach a deal that could pass through both chambers of Congress and be signed by the president.