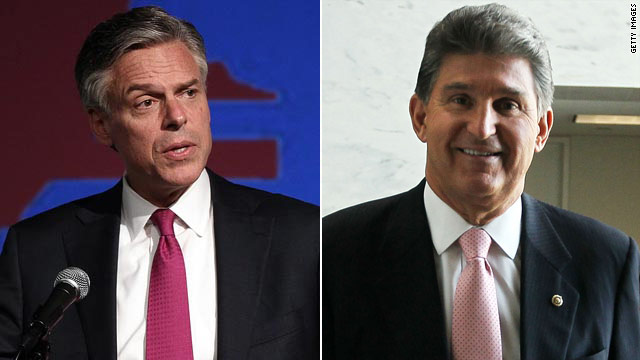 Huntsman, Manchin to take leadership role with No Labels

(CNN) - The bi-partisan group No Labels, which seeks to transform the nature of problem solving in Washington, is picking up two prominent moderates, the group announced.

Former Utah Gov. Jon Huntsman sought the 2012 Republican presidential nomination and, before that, was President Barack Obama's ambassador to China. Sen. Joe Manchin, a West Virginia Democrat and former governor of the state, was sworn in on Thursday to his second term in Washington.

They will be the national faces and leadership team of the group, starting their public responsibilities at a mid-January meeting which will "feature the unveiling of a new group of congressional problem solvers featuring House and Senate members committed to meeting regularly to build trust across the aisle," the group announced.