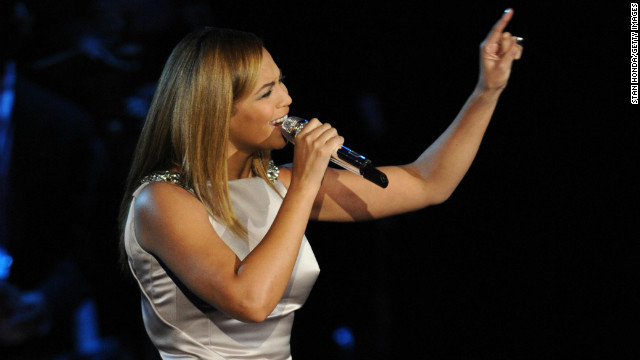 Beyoncé to perform for inauguration

Washington (CNN) - Among the stars in town for President Barack Obama's second inauguration will be pop star Beyoncé Knowles, who will perform the national anthem at the January 21 public ceremony.

In 2009, she performed at a concert in Washington on the eve of Obama's first inauguration, and more recently was photographed in September alongside the president at a fundraiser she and her husband - rapper Jay-Z - hosted for his re-election. She also performed at one of the inaugural balls in 2009.

Also performing this year are James Taylor and Kelly Clarkson, the Presidential Inaugural Committee Press Office announced Wednesday. Taylor will perform "America the Beautiful" and Clarkson will sing "My Country Tis of Thee."

In a statement, Obama said these artists' music "is often at the heart of the American story and speaks to folks across the country."

Obama presented Taylor the National Medal of Arts in 2011.

His 2013 inaugural committee is co-chaired by actress Eva Longoria. Obama will be officially sworn in to his second term on Sunday, January 20, as is constitutionally mandated, but the public ceremony will be held on January 21.