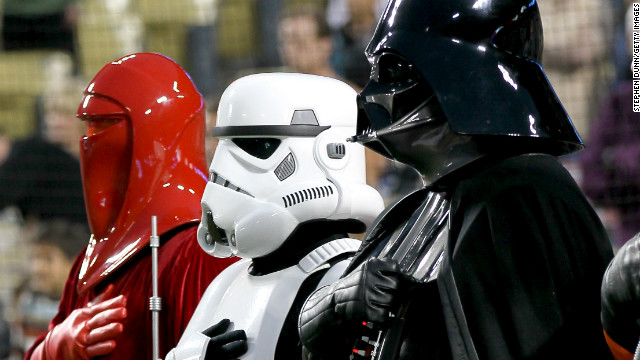 (CNN) - It took no advice from the Imperial Senate to reach this conclusion: the U.S. government won't be building a Death Star.

A White House official responded Friday to an online petition on its website proposing the government turn what is “Star Wars” fiction into reality - you know, to boost the economy.

"By focusing our defense resources into a space-superiority platform and weapon system such as a Death Star, the government can spur job creation in the fields of construction, engineering, space exploration, and more, and strengthen our national defense," the petition read.

The White House response to the out-of-this-world proposal was grounded.

"The administration shares your desire for job creation and a strong national defense, but a Death Star isn't on the horizon," wrote Paul Shawcross, chief of the Office of Management and Budget's Science and Space Branch.

And plus, he wrote, there is "something already floating in the sky."

"Yes, we already have a giant, football field-sized International Space Station in orbit around the Earth that's helping us learn how humans can live and thrive in space for long durations," he wrote. "Even though the United States doesn't have anything that can do the Kessel Run in less than 12 parsecs, we've got two spacecraft leaving the Solar System and we're building a probe that will fly to the exterior layers of the Sun."

The spherical Death Star space station was the domain of the Galactic Empire and featured a super laser with sufficient power to destroy planets.

The petition picked up over 34,400 signatures since it was posted on November 14. The White House says it responds to all petitions on its “We the People” website which reach at least 25,000 virtual signatures.

The Office of Management and Budget prepares the president's annual budget proposal and scores the costs and deficit impact of executive branch proposals. True to form, the Death Star reply included a score, or cost projection, of the project.

"The construction of the Death Star has been estimated to cost more than $850,000,000,000,000,000. We're working hard to reduce the deficit, not expand it," Shawcross wrote, citing a calculation performed by students at Lehigh University's College of Business and Economics.

Also, Shawcross noted, "The administration does not support blowing up planets."