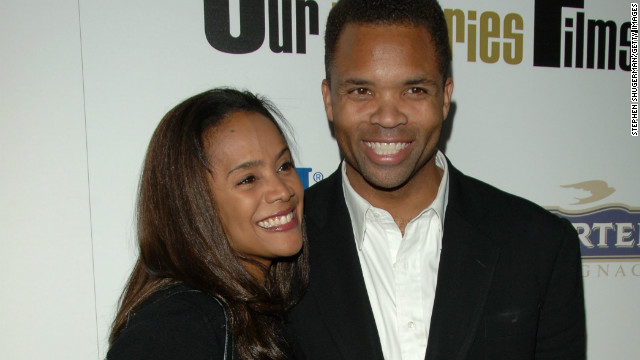 (CNN) - The wife of former Rep. Jesse Jackson Jr., who stepped down amid health concerns and investigations into financial improprieties, is also resigning her seat in government.

Chicago Alderman Sandi Jackson is stepping down from the City Council on January 15, she said in a letter to Mayor Rahm Emanuel on Friday. She has held the seat since 2007.

"As a representative of the people of the 7th Ward, I value the public trust which has been bestowed upon me and take my responsibility to safeguard the interests of my constituents seriously," she wrote. "Likewise, I am unapologetically a wife and a mother and I cannot deny my commitment to those most important personal responsibilities."

She said her decision came "after much consideration and while dealing with very painful family health matters."

CNN affiliate WLS in Chicago reported in mid-December that she had missed a majority of the council's committee meetings in 2012 but had no intention of stepping down. The meetings she missed included ones held while she was transporting her husband between hospitals, she told WLS.

Jackson's letter made no mention of the FBI investigation into an alleged offer to exchange fundraising for an appointment by then-Gov. Rod Blagojevich to the U.S. Senate following Barack Obama's 2008 resignation. At the time of former Rep. Jackson's resignation, the House Ethics Committee was also looking into the allegations.

Her husband, the former congressman, resigned in late November after winning election to a ninth term in the House. But he was all but absent from the campaign trail this year, recording only an October robo-call message to constituents which said "a series of events came together in my life at the same time and they've been difficult to sort through."

He had not been seen in Washington or his district since last spring, and his office slowly revealed that he was receiving treatment for a mood disorder, depression and gastrointestinal issues at the Mayo Clinic.

"During my journey I have made my share of mistakes," former Rep. Jackson said in his November resignation letter. "I am aware of the ongoing federal investigation into my activities and I am doing my best to address the situation responsibly, cooperate with my investigators, and accept responsibility for my mistakes, for they are my mistakes and mine alone. None of us is immune from our share of shortcomings or human frailties and I pray that I will be remembered for what I did right."

He is the son of the civil rights leader. A special election has been set for this spring to fill his seat.

Alderman Jackson wrote in her letter that her time in office has been a "remarkable journey."

"Whether attending a block club meeting, visiting a local senior home or speaking at a school assembly, I am constantly reminded that we all have a responsibility to work, in tandem with our neighbors, civic organizations and elected officials to build a community where our families can truly flourish," she wrote.

Emanuel said in a statement, "As Sandi takes this time to focus on her family, we give her our deepest thanks and support for her service to our City and the residents of her ward. Her leadership has been greatly appreciated in the Chicago City Council."

He said he would announce the process to replace her "early next week."