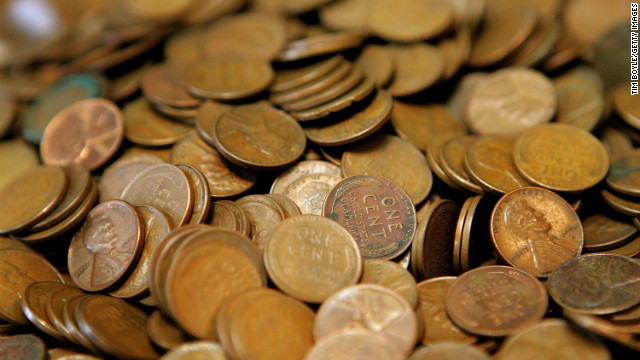 The statement from Deputy Assistant Treasury Secretary Anthony Coley effectively puts to bed speculation that the administration would act unilaterally to avert default. It also puts the onus on Congress – specifically Republicans in the House - to act.

"Neither the Treasury Department nor the Federal Reserve believes that the law can or should be used to facilitate the production of platinum coins for the purpose of avoiding an increase in the debt limit," Coley said in a statement.

With the Saturday statement, the Obama administration has shut down two potential legal loopholes by which the executive branch could avoid the Treasury from being unable to pay the nation’s bills.

Defaulting on the nation’s debts would be catastrophic to the economy. Hesitation over the debt ceiling in the summer of 2011 caused the stock market to tumble and led to the downgrade of the nation’s credit rating by Standard & Poor’s.

As that debt deadline loomed, Obama was asked about one potential loophole: reading the 14th Amendment’s requirement that the “validity of the public debt of the United States … shall not be questioned.” If Congress were not to act, some have suggested, the president could act unilaterally, viewing the debt limit as unconstitutional and – in the words of former President Bill Clinton – “force the courts to stop me."

“I have talked to my lawyers,” Obama said that summer. “They are not persuaded that that is a winning argument. So the challenge for me is to make sure that we do not default.”

“There is no Plan B. There is no backup plan,” he told reporters. “There is Congress’ responsibility to pay the bills of the United States.”

On Saturday, he added, “Congress can pay its bills or they can fail to act and put the nation into default.”

"The president and the American people won't tolerate congressional Republicans holding the American economy hostage again simply so they can force disastrous cuts to Medicare and other programs the middle class depend on while protecting the wealthy,” Carney said. “Congress needs to do its job."

The second loophole would be to mint a platinum coin of a large denomination, which the Treasury is authorized to do and is not subject to the restrictions placed on coins made of other metals.

Stamped with a denomination such as $1 trillion, that platinum coin would be deposited into the Federal Reserve. Some experts say it would not inflate U.S. currency overall because the coin would be a technical device and not enter into circulation.

The laws which leave this loophole, however, were not designed for this purpose. The authorization to mint platinum coins, for example, was intended to allow production of collectors’ items.

Right now, his department is staving off default through “extraordinary measures,” which are expected to cover the balance for a few more weeks.

Political analysts are looking ahead to what could be a showdown which rivals the fireworks of the fiscal cliff negotiations of just a few weeks ago.

Obama has called on Congress to raise the debt ceiling without the haggling.

"While I will negotiate over many things, I will not have another debate with this Congress over whether or not they should pay the bills that they've already racked up through the laws that they passed," he said after the fiscal cliff deal passed the House. "If Congress refuses to give the United States government the ability to pay these bills on time, the consequences for the entire global economy would be catastrophic - far worse than the impact of a fiscal cliff."

But some Republicans want to see spending cuts balance an increase in the government’s borrowing ability. Among them is Sen. Deb Fischer of Nebraska, who delivered her party’s weekly address on Saturday.

"I believe we cannot agree to increase the borrowing limit without addressing our out-of-control spending,” she said. “That's why Nebraskans sent me here. That's what the American people demand. And that's what our children and our grandchildren deserve."

Congress is also faced with the March expiration of the resolution funding the government and the sequester, those across-the-board spending cuts created by Congress as an incentive to avoid a future showdown similar to the 2011 debt ceiling fight. But that attempt failed, and Congress avoided the fiscal cliff by, in part, pushing those cuts back to this spring.

The Treasury Department judgment was first reported by The Washington Post.