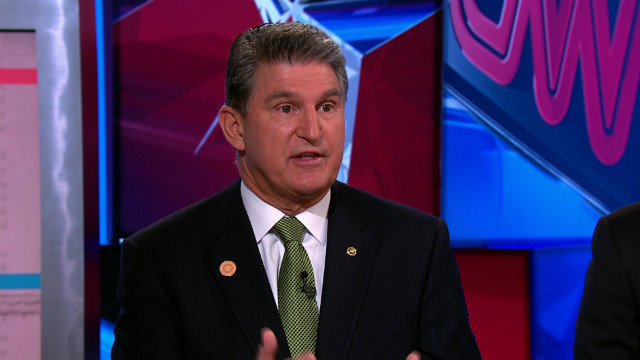 That's the message Democratic Sen. Joe Manchin of West Virginia expressed Sunday morning about the ongoing debate over how to prevent gun violence.

Asked on CNN's "State of the Union" if there was enough support on Capitol Hill to pass an assault weapons ban - one focused squarely on guns - Manchin gave the idea a bleak forecast.

"An assault weapons standalone ban on just guns alone will not, in the political reality that we have today, will not go anywhere," Manchin told CNN chief political correspondent Candy Crowley.

Manchin, a strong advocate for Second Amendment rights with an "A" rating from the National Rifle Association, made headlines last month for expressing openness to changing some gun laws. The senator said the deadly Connecticut elementary school shootings had changed him.

However, he has said, any shifts in the law should complement changes in other aspects of society, whether that means mental health systems or video games or the entertainment industry.

Vice President Joe Biden met with many of the stakeholders in the gun debate last week as he prepares to present a set of proposals on reducing gun violence to the president by Tuesday.